AirTight is a new app for Google TV, and according to the developers it is the first app that brings support for Apple’s AirPlay to Google TV devices, allowing you to stream non DRM content to your Google TV.

The app will let you stream content from your iPhone, iPad or iPod Touch to your Google TV device, although there are a couple of features which aren’t supported at the moment, including music and mirroring. 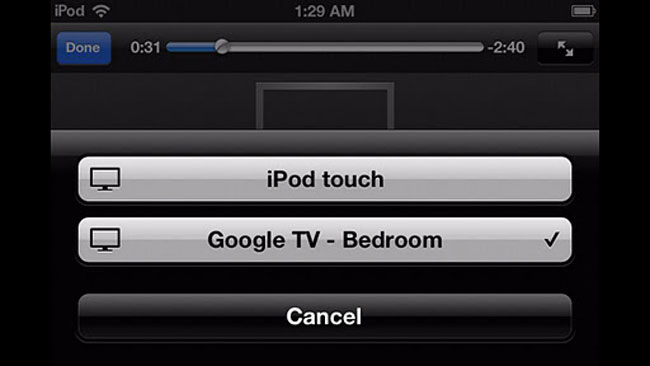 The AirTight app for Google TV is available for $0.99 from the Android Market.