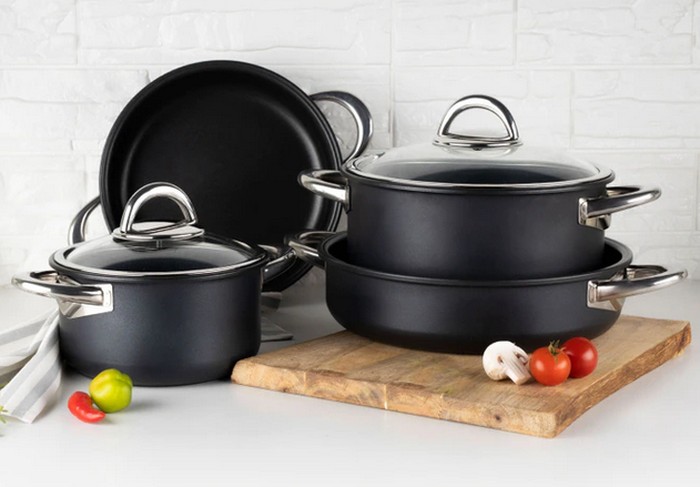 If like me you sometimes make a mess while cooking, sticking food to the bottom of your pan, over boiling water to make a mess on your cooker and sometimes forget to stir your food while it is cooking. You may be interested in a new range of cooking pans equipped with a patented air layer technology and aptly named AirTaste. The new range of cookware allows you to cook meals without stirring, burning, boiling over, or sticking thanks to the unique air layer. 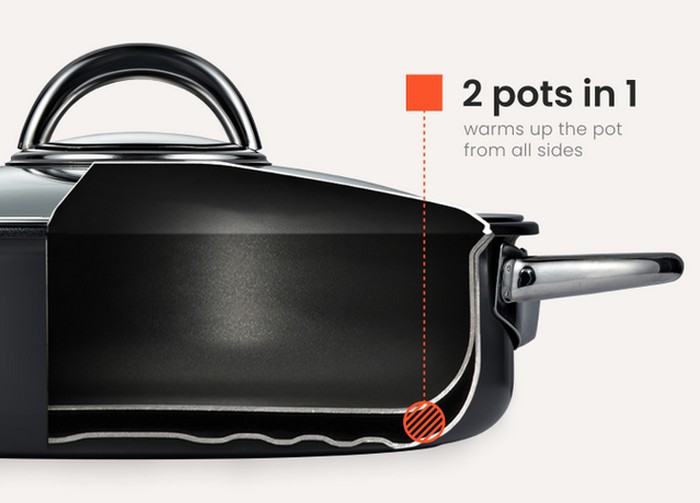 AirTaste pans cook without sticking, stirring, burning or boiling over

Launched via Kickstarter this month the campaign has already raised over 3 times its required pledge goal with still 28 days remaining making the jump from concept into production. Specially priced early bird pledges are now available for the unique project from roughly $99 or £75 (depending on current exchange rates), offering a considerable discount of approximately 45% off the recommended retail price, while the Kickstarter crowd funding is under way.

“AirTaste is essentially 2 pots in 1. Put AirTaste on the stove, and it will steadily heat the air layer sandwiched between the 2 pots. The heat is then distributed evenly across the entire surface of your pot — even its sides! — making sure you eat a fully-cooked, nutrient-rich meal every time. Heat sets apart the healthiest meal from the most harmful. The extreme heat concentrated in the center of regular pans can turn proteins into carcinogens and omega 3 oils into trans fats. In a conventional pot — where temperatures vary by over 200 degrees between the edges and the center — wild convection currents are formed as the hot water rises solely from the center. “

If the AirTaste campaign successfully raises its required pledge goal and manufacturing progresses smoothly, worldwide shipping is expected to take place sometime around March 2022. To learn more about the AirTaste cook pans project view the promotional video below.

“Dutch Ovens and Cast Iron Pots cook delicious meals and offer similar heat distribution to AirTaste. But they do this using thick and heavy cast iron sides. AirTaste is capable of 3x better and faster heat distribution than a typical cast iron pot due to its thicker Air Layer and the better heat transfer via air than dense cast iron. AirTaste is also 2.5x lighter than a dutch oven or cast iron pot of the same size!”

“AirTaste’s non-toxic coating is slippery even without any oil applied. That means you can cook meats and vegetables in their own juices without needing to water down the flavor, and avoiding unhealthy burning of greases, butters, and oils. Avoid using the microwave to defrost, or waiting long hours for your frozen ingredients to defrost manually. With its layer of air, AirTaste effectively conducts heat and allows your meat and vegetables to defrost evenly and cook simultaneously.”

For a complete list of all available early bird pledges, stretch goals, extra media and full specifications for the cook pans, jump over to the official AirTaste crowd funding campaign page by following the link below.