The quest for renewable energy has provided many different solutions but a new airborne helium filled wind turbine, has now been created by Altaeros Energies. Altaeros Energies is a Massachusetts-based business led by MIT and Harvard alumni, and has developed a new airborne wind turbine concept to produce abundant, low cost, renewable energy. Watch the video after the jump to see it in action. 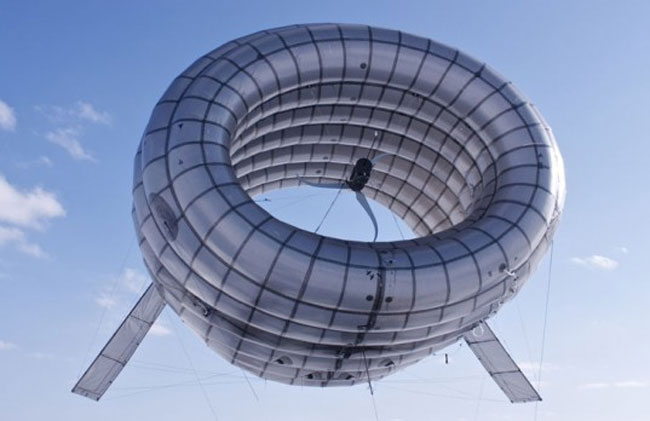 The idea behind the new airborne wind turbine is that the design allows the turbine to rise and operate at higher altitudes where the winds are much stronger and more consistent than on the ground.

Altaeros has designed their turbines to be easily transported and easily deployed at remote, military, and offshore sites. The prototype, recorded in the video below, is a large helium-filled shell which looks similar to a jet engine. The electricity generated by the turbine is sent down to the trailer via the tether cables, where it can be used to power anything required. That would normally require a diesel generator.

Altaeros Energies is now hoping to develop the design further for use in offshore environments.