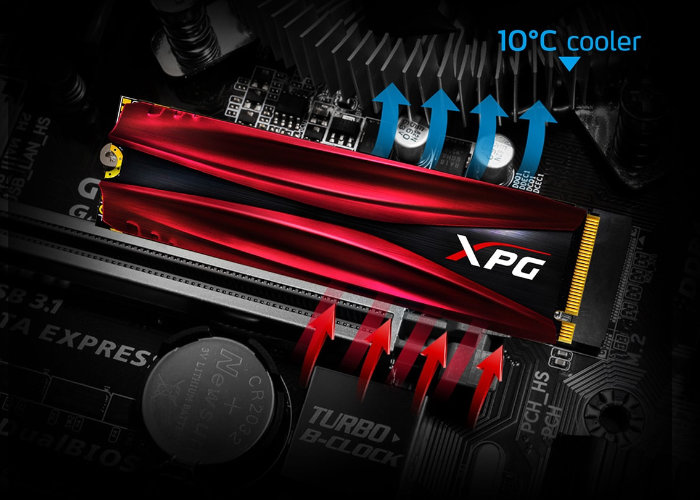 Also sporting a PCIe Gen3x4 interface and support for NVMe 1.3, intelligent SLC Caching, and a DRAM cache buffer, the new ADATA SSDs offer read/write speeds up to 3500/3000MB/s and deliver random performance of up to 390K/380K IOPS. ADATA explains a little more.

Users looking to replace their old SATA SSDs need not look any further than XPG SX6000 Lite PCIe Gen3x4 M.2 2280 SSDs. Supporting NVMe 1.3, equipped with 3D NAND Flash, and coming with up to 1TB of capacity, the SSDs are a great upgrade choice. Featuring HMB (Host Memory Buffer) and SLC Caching, they reach read/write speeds of up to 1800/1200MB/s and deliver random performance of up to 220K/200K IOPS. As with GAMMIX S11 Pro SSDs, SX6000 Lite SSDs also utilizes LDPC (Low-Density Parity-Check) error correcting code technology to detect and fix a wider range of data errors for more reliable data transfers and a longer product lifespan. SX6000 Lite SSDs are ideal for notebooks, small-form-factor desktops, and even some ultrabooks.”