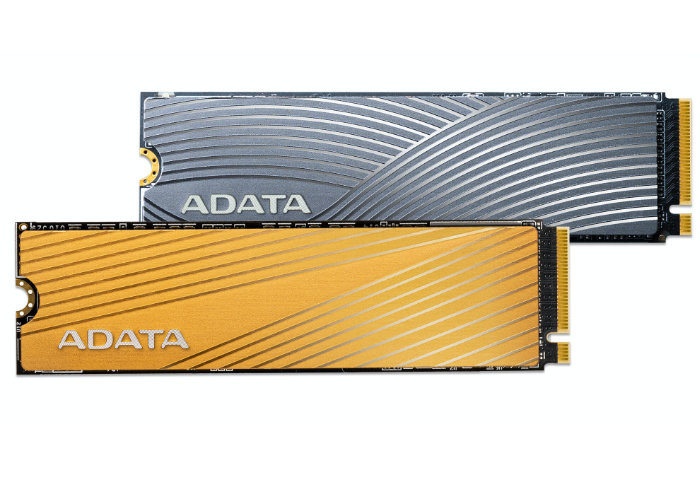 “The ADATA FALCON SSD is made to help creators up their creative power. Using the PCIe Gen 3 x4 interface and equipped with 3D NAND Flash memory, the FALCON delivers read/write speed of up to 3100/1500 MB per second for uninterrupted productivity and creativity. With 3D NAND Flash, the FALCON features higher efficiency and increased reliability compared to 2D NAND SSDs. It comes in diverse capacities, ranging from 256 GB to 2 TB and features data protection and correction technologies to expand the lifespan of SSD. What’s more, the FALCON sports intelligent SLC caching, host memory buffer, and random read/write of 180/180K IOPS to give creators seamless performance for creating. The FALCON also comes with a stylish aluminium alloy heatsink for heat dissipation.”

Unfortunately, no information on pricing or worldwide availability has been released as yet by ADATA, but as soon as information comes to light, we will keep you updated as always.