Acer has unveiled a new monitor this week named the Acer DX241H Web Surf Station, which has been designed to allow you to surf the web and view multimedia entertainment files without the need for a computer to be connected.

The new Acer DX241H is equipped with a 24 inch screen with a full HD resolution of 1920 x 1080 with 16:9 aspect ratio and a contrast ratio up to 80,000:1, which is optimised using Acer’s Adaptive Contrast Management technology.

The DX241H offers a range of ports including CGS, HDMI, USB together with a built in card reader to allow playback of multimedia files and pre-loaded on the DX241H is Acer’s clear.fi media sharing system. 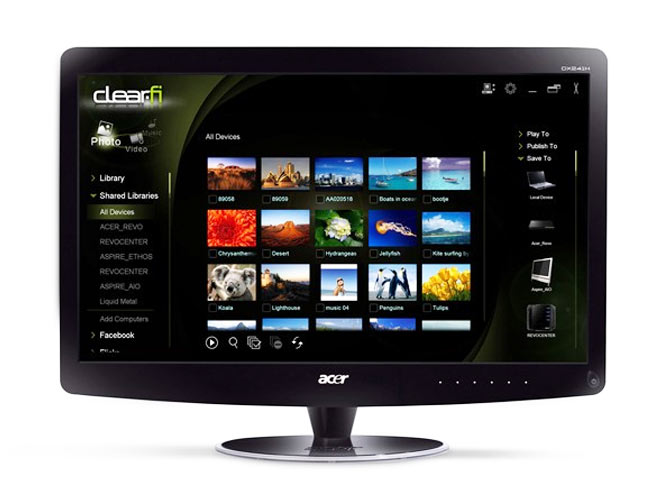 The Acer clear.fi media sharing system allows you to share photos, music and videos with other devices in the home network, from Picasa or Flickr, or from an external storage device like a USB drive or media card.