Ahead of next week’s CES 2014 technology show in Las Vegas, Acer has today announced the launch of the new Acer TA272 HUL Android All-in-One system which is equipped with a 27-inch WQHD high resolution touchscreen offering 10-point capacitive touch support.

The Acer TA272 HUL is powered by a NVIDIA Tegra quad-core processor and offers users a 2560 x 1440 resolution that is four times sharper than HD. 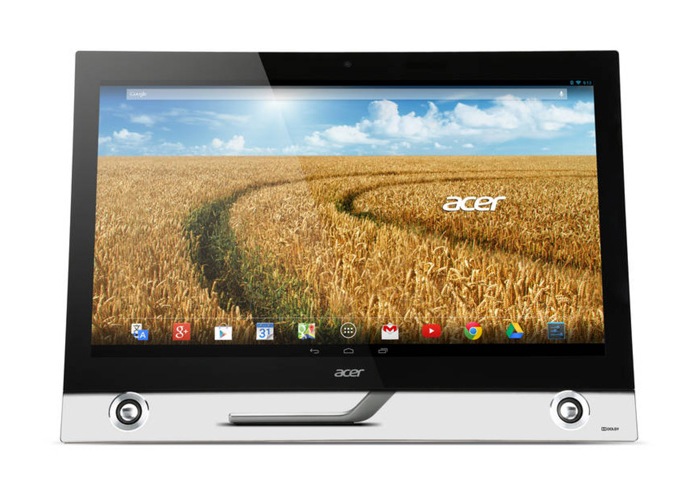 “The Acer TA272 HUL sports a premium design that incorporates a transparent base and asymmetric stand that makes the AIO appear it is floating and an edge-to-edge glass design for a seamless and minimalistic look. The stand allows the frame to be easily positioned from 30 to 80 degrees tilt, allowing users to set the most comfortable viewing angles. The Acer TA272 HUL is also outfitted with two front-facing Dolby surround sound speakers for superb audio and a 2MP webcam.

Acer PCs can be seamlessly integrated for accessing data anytime, anywhere through Build Your Own Cloud (BYOC™) 1. It enables users to build their own cloud on their devices, such as music, photos and other types of clouds. These self-built clouds, based on an Acer Open Platform, are reliable, more secure, easy to use and provide users convenient access to their information and content anytime, anywhere.”

The Acer TA272 HUL all-in-one is already available worldwide and is priced at $1,099.