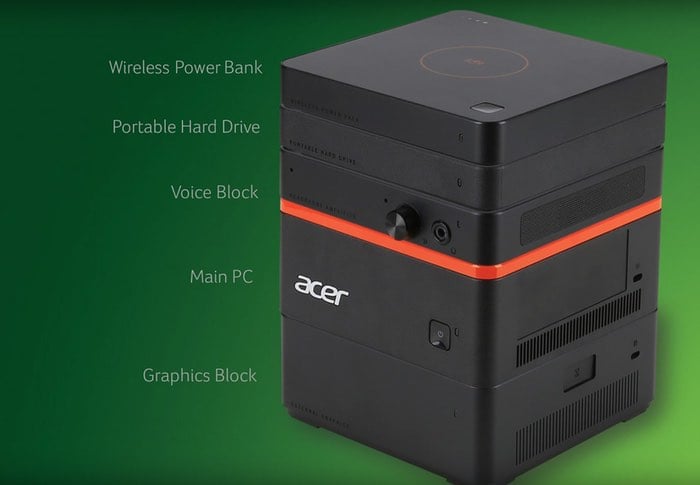 During IFA 2015 this week Acer has unveiled a new and very unique modular PC that takes the form of the Acer Revo Build modular mini PC that will be launching next month during October 2015 and will be priced starting at just £180 or €249.

The Acer Revo Build PC consists of a number of different blocks that can be stacked upon one another to create an easily upgradable PC system that can be powered by either low-power Intel Pentium or Celeron Skylake processors depending on your needs. 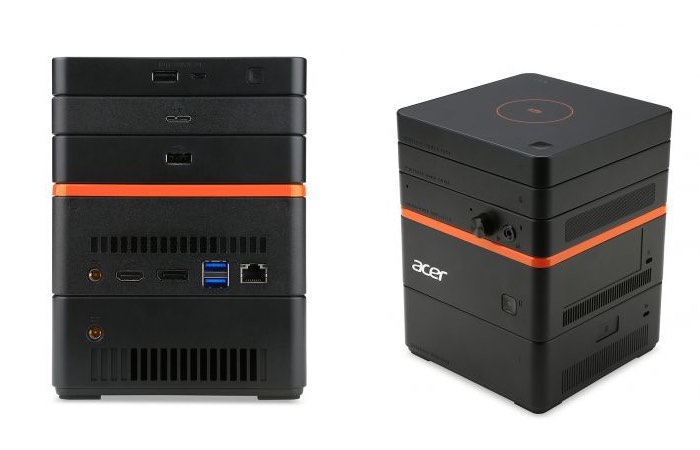 The modular PC system has a footprint of just 12.5 x 12.5 cms and comes supplied with 32GB of flash storage, and 8GB of upgradeable RAM. Offering the ability to easily build a PC system that can be fitted with modules for hard drives, graphics cards, and wireless charging units to name a few. Acer explains more :

The new Revo Build Series (M1-601) Mini PC takes a modular approach to allow consumers to customize their computer without opening up the chassis. “Blocks” with different features can be easily stacked on top of the base unit, which makes adding functionality as easy as playing with toy blocks. The “Blocks” are connected through pogo pins with magnetic alignment so that there’s no hassle with wires when swapping out modules. The Blocks can also work independently or with other PCs.

“Blocks” such as the 500GB/1TB hot-swappable Portable Hard Drive will be available at launch, while a Wireless Power Bank for wireless charging, an Audio Block with speakers and microphones, and other expansion “Blocks” will be rolled out gradually. 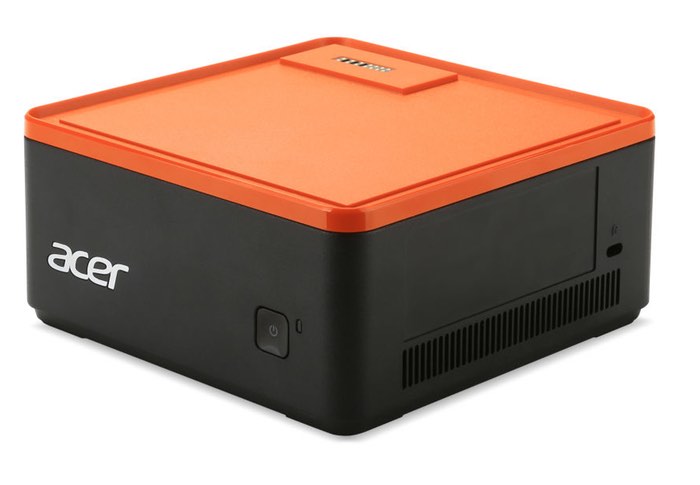 For more information on the new Acer Revo Build modular mini PC jump over to the Acer press release website for details ahead of the system launch next month. As soon as prices are released for the other modules we will keep you updated.