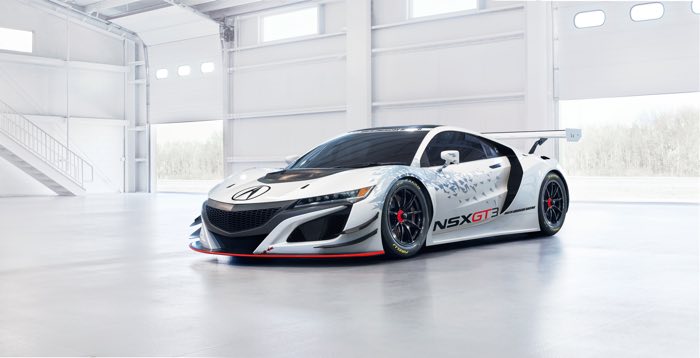 Acura has unveiled a race version of their NSX at this years new York Auto Show, the Acura NSX GT3 Racecar.

The Acura NSX GT3 Racecar will compete in North America in the FIA GT3 series, it comes with a twin turbo v6 engine. 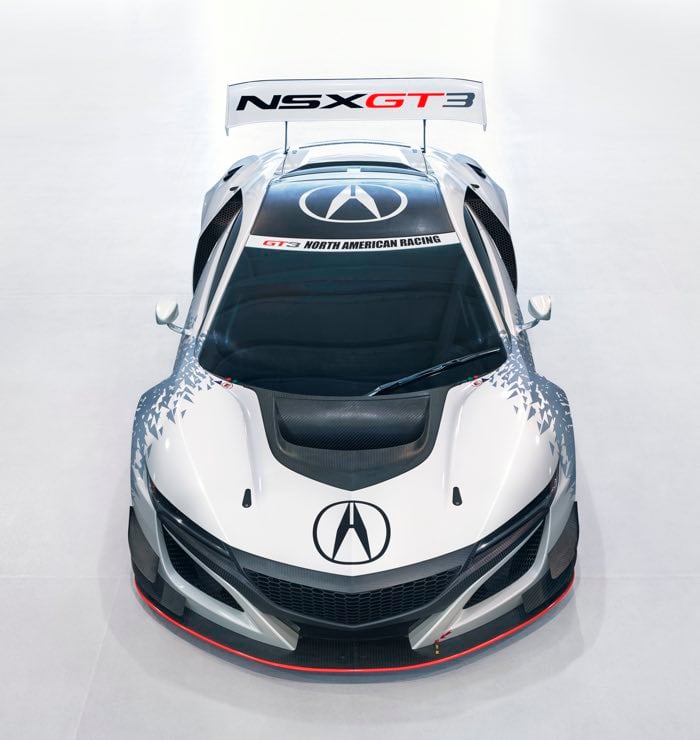 The unveiled Acura NSX GT3 racecar featured custom bodywork and aero components including a large deck wing spoiler, underbody diffuser and enlarged hood vents for efficient engine cooling. The NSX GT3 will be powered by a 3.5-liter, 75-degree, twin turbocharged DOHC V-6 engine using the  same design specifications as the engine in the production 2017 Acura NSX, including the block, heads, valvetrain, crankshaft, pistons and dry sump lubrication system. The engine will be paired with a 6-speed, sequential-shift racing gearbox, delivering power to the rear wheels.

The NSX GT3 will utilize the production NSX’s ultra-rigid and lightweight multi-material body with aluminum-intensive space frame, which will be produced by the Performance Manufacturing Center in Ohio, the exclusive manufacturing home for the new Acura NSX. Its twin turbocharged V-6 engine will also be manufactured in Ohio.

You can find out more details about the new Acura NSX GT3 Racecar over at Acura at the link below.