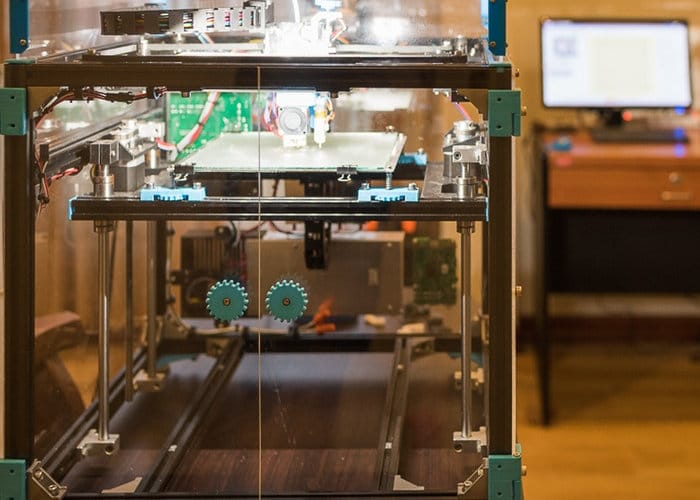 John Hoeppner and the Abbycus team have unveiled a new precision FDM 3D printer they have created, in the form of the Abbycus 2020, which has been specifically designed for no compromise industrial and precision applications. Allowing users to fabricate their designs using a wide variety of advanced 3D printing materials at a competitive price. Launched via Kickstarter this week the industrial 3D printer is hoping to raise $46,000 over the next 30 days to make the jump into production. Watch the demonstration video below to learn more.

Printing with advanced and exotic 3D printing filaments can sometimes cause problems with 3D printers currently available. So the Abbycus team decided to create their very own precision 3D printer capable of printing in a wide variety of cutting-edge 3D filaments, and is now available to back with pledges starting from $1,779 for early bird backers.

Features of the Abbycus 2020 3D printer include a robust anodised 20 x 20mm aluminium extruded frame together with a COREXY positioning system and smooth linear motion offering XY travel speeds up to 300mm/sec. The build volume of the 3D printer is 200 x 200 x 200 millimetres and the machine is equipped with a metal E3D V6 hot end, capable of reaching temperatures up to 300C and a 500W heated build bed capable of reaching temperatures of 160C.

For full specifications and a list of all available pledges jump over to the official Kickstarter campaign page by following the link below. If you are interested in learning more about the Marlin control firmware, the open source software is available to download via Github.