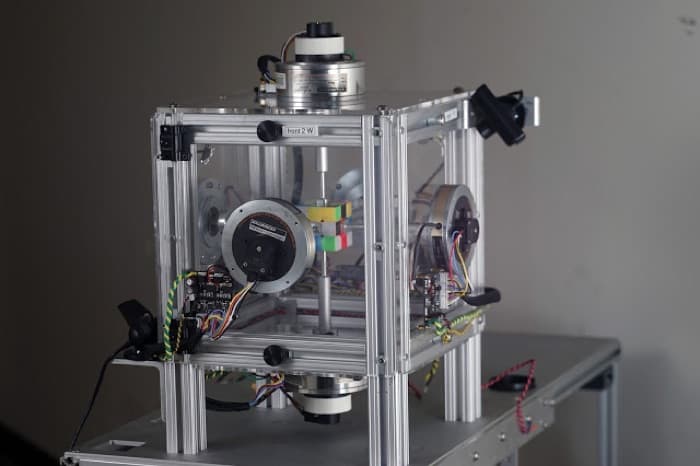 Robots may not be ready to take over the world just yet, but they are definitely better than humans when it comes to things like solving a Rubik’s Cube.

Ben Katz and Jared Di Carlo have created a new robot which appears to have smashed the world record for a robot solving a Rubik’s cube. Their creation was able to solve the whole cube in just 0.38 seconds.

The robot is so fast at solving the Rubik’s cube, you cannot really see it at normal speed, the video had to be slowed down 25x to be able to see the robot in action.

“Looking at the high-speed video, each 90 degree move takes ~10 ms, but the machine is actually only doing a move every ~15 ms.  For the time being, Jared and I have both lost interest in playing the tuning game, but we might come back to it eventually and shave off another 100 ms or so. “

The previous world record for solving the cube with a robot was 0.637 seconds, it looks like they have absolutely smashed this record with their new robot.

You can find out how this awesome Rubik’s cube solving robot was created at Ben and Jared’s websites at the link below.