After being made available to preorder back at the beginning of October for $999, the new Sony HMZ-T3W personal 3D viewer has now arrived in Sony stores throughout the US.

If you have already pre-ordered a Sony HMZ-T3W you have probably already received it and if not you can expect it to arrive very soon. The Sony HMZ-T3W is equipped with 2 x 720p OLED displays for 2D viewing and is also capable of displaying stereoscopic 3D content if required, together with 7.1 channel virtual sound. 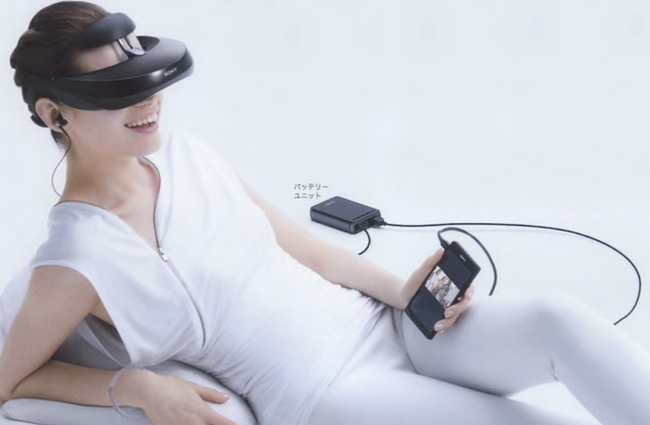 Sony explains in their latest press release : “The Sony HMZ-T3W portable 3D viewer keeps serious gamers in the game with speedy responses from its twin OLED screens and no annoying on-screen image lag,”-“A one-touch button instantly boosts contrast and enhances shape details (game-mode), allowing gamers to relish the competitive edge in dimly-lit scenes where danger’s always lurking. Plus, there is no fumbling for the right keys in mid-game – the ergonomic visor-style headset gives an unobstructed ‘look-down’ view of your PC’s keyboard and mouse while you play.”

The Sony HMZ-T3W Personal 3D Viewer is now available to purchase directly from Sony retail stores and online and supports PCs, consoles, tablets, smartphones and other HDMI-capable devices via a micro-HDMI or HDMI port which is located on the Sony HMZ-T3W battery. Unlike other versions the latest Sony HMZ-T3W no longer requires a connection to an AC power socket.