Over the weekend 999 gamers joined forces to play in the Swedish network technology company Pikkotekk’s world record attempt. Which was created to recruit a 1000 players to battle it out against each other in their custom built Man vs Machine first person shooter game.

Unfortunately Pikkotekk didn’t quite make the 1000 they hoped for but after the success of the weekends gaming, PikkoServer, say “Our goal now is to make this technology available to developers worldwide”. So expect to see the technology used to build new games over the coming years. Watch a video after the jump showing the chaos that was unleashed by 999 gamers as they clashed. 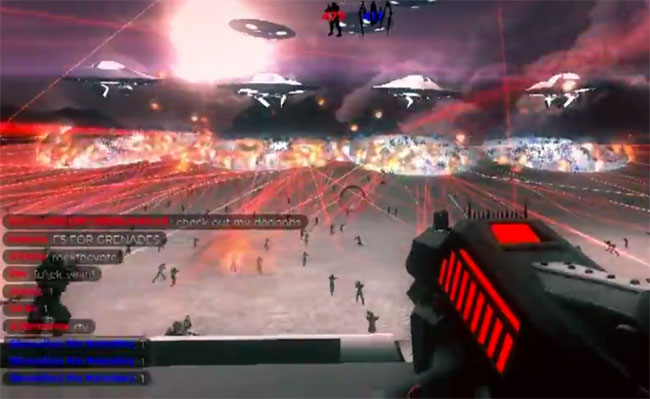 Pikkotekk explains the technology that was used to create the 1000 player FPS game: