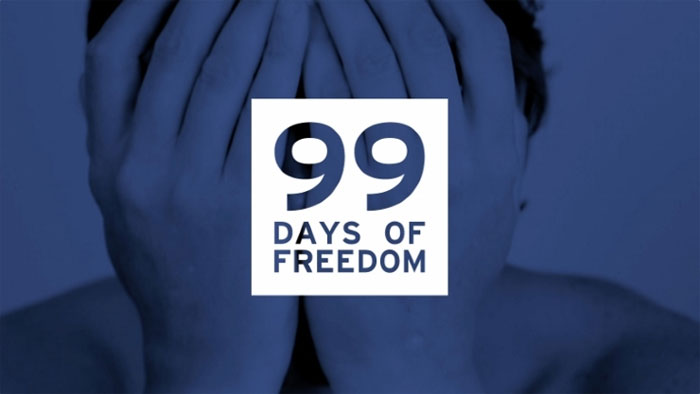 Facebook made many of its users very uneasy with how it handles your information when it conducted an experiment to see if it could affect your mood. Facebook has since apologized for conducting that experiment, but some users are still upset and want investigations. Part of the response to that experiment is a new camping that has surfaced in response called 99 Days of Freedom.

The campaign challenges Facebook users to ditch the social network for 99 days and then report on how their mood changed. To participate in the camping, you are asked to post a time-off image as your profile pic. Participants are also asked to create a personal countdown to share on the network to let your friends know what you are doing.

The campaign will send you anonymous “happiness surveys” at 33, 66, and 99 days to see how your mood is being affected. An anonymous message board will also be available for those ditching Facebook to talk about how it is affecting their life.

“Like a lot of Facebook users, many of us were bothered by reports of secret mood experiments,” Just Art Director Merijn Straathof said in a statement. “As we discussed it internally, we noted an interesting tendency: Everyone had at least a ‘complicated’ relationship with Facebook. Whether it was being tagged in unflattering photos, getting into arguments with other users, or simply regretting time lost through excessive use, there was a surprising degree of negative sentiment.”