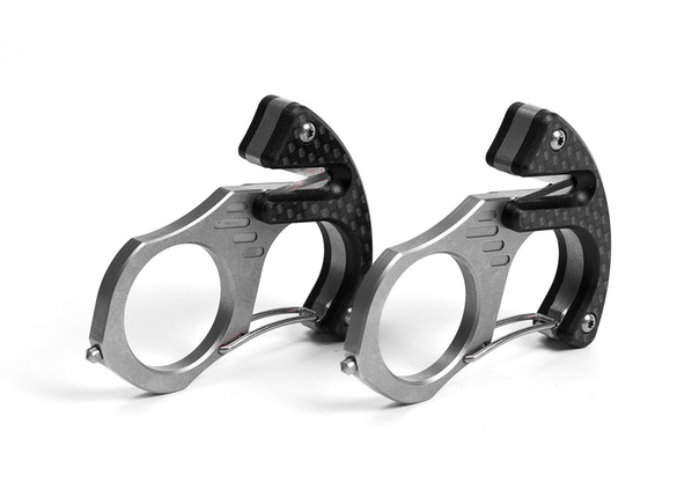 A new titanium carabiner multitool has been created by Russ Burke offering an EDC emergency tool “invented to help the everyday person”. watch the multitool in action below to learn more about the everyday carry emergency multitool which is launched via Kickstarter this month.

Russ explains more about the inspiration behind the EDC 5Lives Titanium carabiner multitool.

“In late November 2017, I was driving down the US 60 early in the morning in my old pickup truck. The road was quite with not many people around. Stopping to take a leak and getting back inside my truck fastening the seat belt I found it was severely jammed. I pulled and pulled but just couldn’t get it loose. The knvies that I had, that could have cut the seat belt to let me free were attached to my bag in the back seat. Stuck!

To be one of the first backers to own the 5Lives Titanium carabiner multitool jump over to the Kickstarter crowdfunding website where pledges are available from just $29 or roughly £23. If all goes smoothly with manufacturing worldwide shipping is expected to commence early next year during January 2019.