Anyone that uses a stabilising mount with their DSLR and is looking for an easy way to control their focus without losing stability. Might be interested in the new design which is currently over on the Kickstarter website, looking to make its jump to production.

The 50-Dollar Follow Focus as its called has been designed by Wiley Davis, and has already been pledged nearly $70,000 with still 17 days to go. Davis originally asked for help raising just $10,000 to kickstart his project but, overwhelming interest has help his dream come true early. Watch the video after the jump to see the 50-Dollar Follow Focus in action. 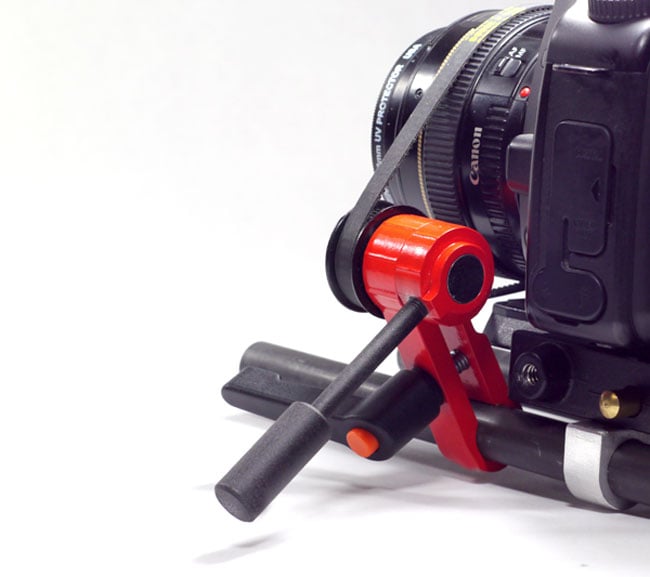 “All we wanted was an affordable way to adjust the focus on our DSLRs in a precise, repeatable manner. We wanted a device that performed solidly and intuitively and we didn’t want to spend a lot of money on it since we’d rather spend our hard-earned dollars on more lenses or food and beer for the underpaid crews on our low-budget shoots. But such a follow focus didn’t exist, until we made one, that is.”