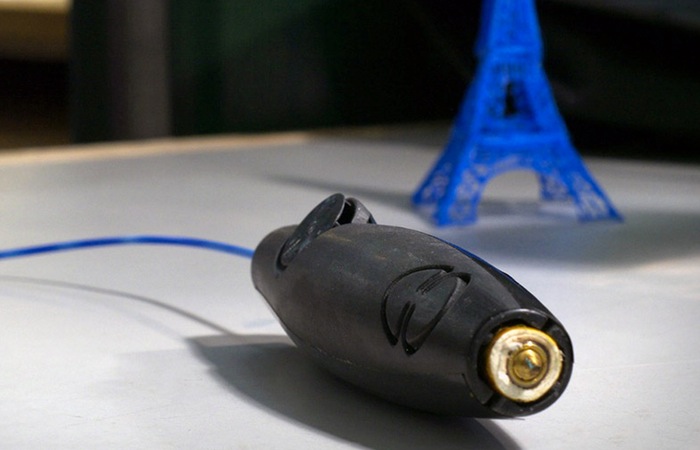 The creators of the Kickstarter funded 3D printing pen in the form of the 3Doodler, have this week announced the launch of new accessories, nozzles and 12 new plastics that can be used to build your 3D printed creations.

When the 3Doodler launch from the Kickstarter website back in March 2013 the project raised over $2.3 million in Kickstarter funding and was the world’s first 3D printing pen. Check out the video after the jump to see the innovative device in action.

Since the completion of the Kickstarter project the company has shipped over 100,000 3£100,000 to backers and has this week announced the launch of 12 new colors of plastic that include Radioactive Yellow, Cotton Candy Pink, Café au Lait, and six additions to the “Clearly” range, Clearly Clementine and Clearly Cherry.

Together with several new accessories which were showcased and unveiled at the recent IFA 2014 technology show in Berlin that runs until September 10th 2014. The new accessories include the DoodleStand, which holds the 3D printing pen and also allows you to support the pen and move it whilst creating 3D prints. 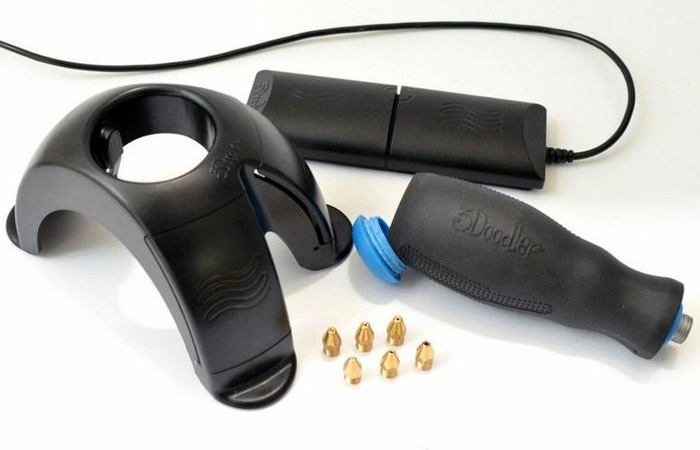 Together with a new six piece nozzles that that provides new ribbon-shaped, square, or triangular nozzles. and finally a new foot pedal which allows users to hold the 3D doodler at any angle without having to worry about controlling the flow at the same time. Daniel Cowen, Co-Founder of 3Doodler explains :

“We’re very excited to be showing off our new accessories and plastics at IFA, after successfully shipping units globally and retailing in stores around the world.”-“The simplicity of 3Doodler has sparked imaginations. Just a few of the things that have been 3D designed include a 6ft scale model of the Tokyo Tower, the first ever life sized 3D printed humanoid skeleton, fashion designs, including a fully 3Doodled dress, a Stephen Colbert “truthiness” monument, and a working RC plane.

That more than a hundred thousand people are using our 3D pen worldwide marks a fantastic year for both 3Doodler and the 3D printing industry alike; and by giving people new accessories and plastics to use with the 3Doodler, we hope to continue sparking imaginations and encouraging people to doodle truly fantastic creations”.