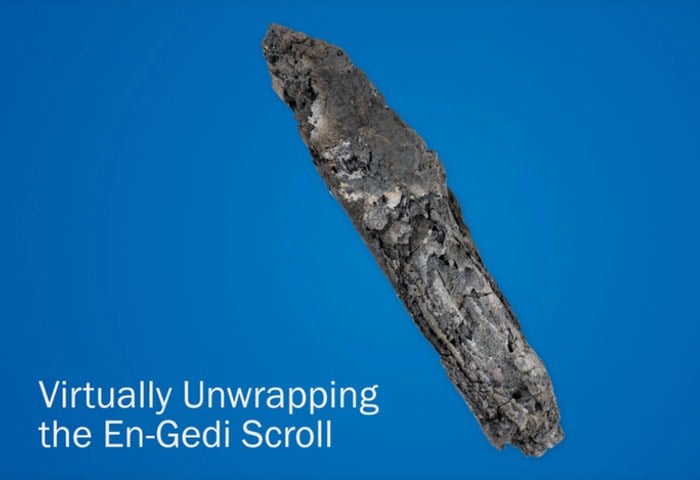 Scientists at the University of Kentucky how this week unveiled how 3D scans have been able to allow them to unwrap an ancient En-Gedi Scroll non-invasively using the power of the latest technology available.

Check out the video below to learn more about how the 3D scans were used to recreate the ancient scroll as a digital object which could then be pieced together and read.

University of Kentucky Professor Brent Seales and his team have further unlocked writings in the ancient En-Gedi scroll — the first severely damaged, ink-based scroll to be unrolled and identified noninvasively. Through virtual unwrapping, they have revealed it to be the earliest copy of a Pentateuchal book — Leviticus — ever found in a Holy Ark.

Seales and his team have discovered and restored text on five complete wraps of the animal skin scroll, an object that likely will never be physically opened for inspection. In a study published Sept. 21 in Science Advances, Seales and co-authors describe the process and present their findings, which include a master image of the virtually unrolled scroll containing 35 lines of text, of which 18 have been preserved and another 17 have been reconstructed.

For more information on the new Process used to 3D scan the engine scroll jump over to the University of Kentucky website for details via the link below.