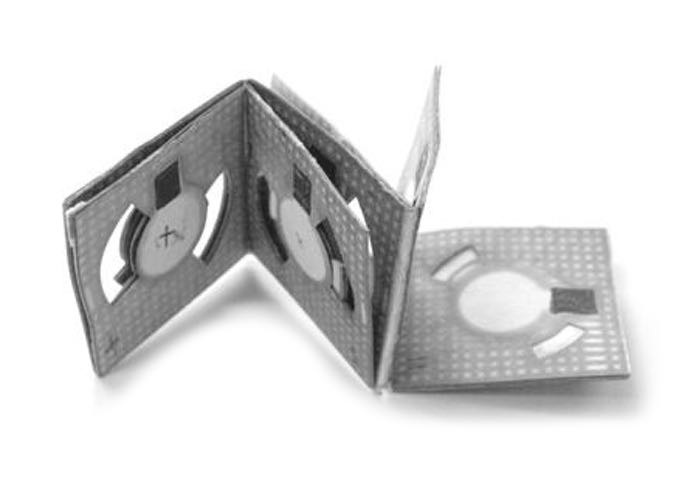 Researchers at Binghamton University in New York have been able to create a new and very unique battery that costs just $0.05 in the form of a 3D printed paper bacteria battery.

The paper bacteria battery has been inspired by origami that has been used to create the unique folding mechanism that holds the wastewater bacteria cultures that are inserted into ‘two common inlets’ within the folds.

The research team that consists of Seokheun “Sean” Choi, an assistant professor at Binghamton and co-developer Hankeun Lee, a former Binghamton undergraduate :

The battery is capable of generating power from microbial metabolism, delivering on-board energy to the next generation of paper-based systems with one drop of bacteria-containing liquid derived from renewable and sustainable water and wastewater sources (e.g. wastewater, municipal wastes, biomass and watershed) that are readily accessible in the local environment.

For more information on the new 3D printed paper bacteria battery jump over to the teams research paper website for details called ‘An Origami Paper-Based Bacteria-Powered Battery.’ that was featured in the July issue for Nano Energy.