With 3D all the rage at the moment and becoming part of everyday life, its not going to be long before we start to see 3D advertisiments. The Fraunhofer institute, University of Kiel and RealEyes is already demonstrating 3D posters, upto 5 metres in size that will be able to show advertisements in 3D without the need to wear 3D glasses to view them. 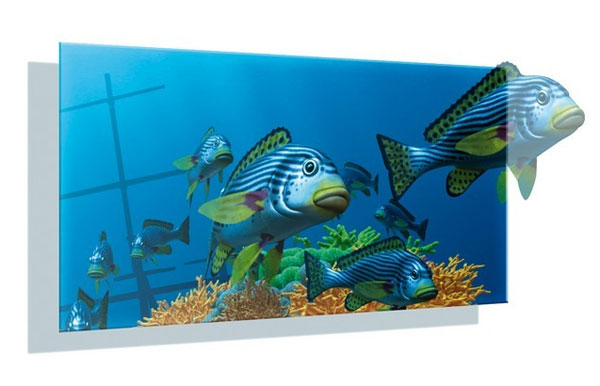 The displays are similar to lenticular images that you may have already seen on postcards that seem to move as your change your viewing angle. However rather than using grooved lines the new 3D posters have 250,000 lens each only 2mm in size. A specialised software modifies the digital data so that the lenses do not distort the final image and using the three dimensional model of the final image, the program calculates a complete image for each of the 250,000 individual lenses.

If the observer gets closer to it, the image appearance changes with each step and adjusts to the visual angle. Allowing the new 3D posters to be viewed from the other side of the street.

Via Engadget Via The Fraunhofer Institute