At CES 2010 in Las Vegas Panasonic have just unveiled its new HD 3D Camcorder which is a worlds first. The innovative 3d camcorder automatically recalibrates the convergence point which needs to be done manually on conventional 3D equipment using a separate PC or external video processor. 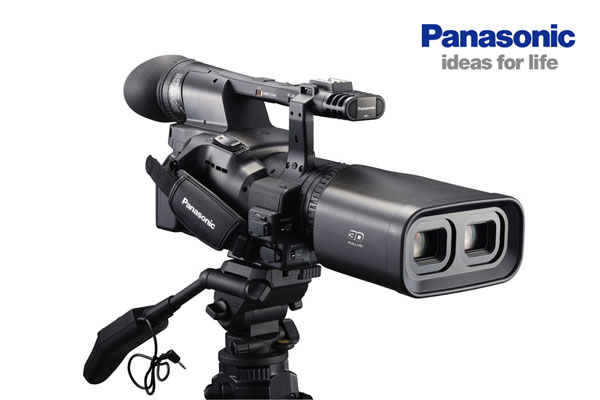 Equipped with a solid state memory system for recording full HD from both lenses to SDHC/SD memory cards. Allowing instant random access to recorded movies via PC or Mac. The main unit weights just under 3kg and uses approx 19w of power.

The 3D Camcorder from Panasonic will be available in the early fall and priced around $21,000