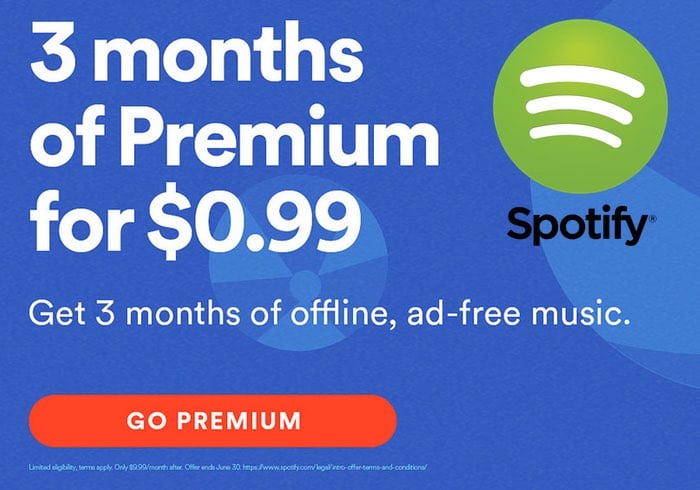 Spotify and Sony have this week announced a new special offer that is available via the PlayStation Music service, that provides users with three months of Spotify Premium streaming access for just $.99.

As you would imagine the Spotify offer is running for a limited time and has been released to celebrate the one-year anniversary of the award-winning PlayStation Music service.

Thanks to you, Spotify has become one of the most downloaded apps in PlayStation history, and together we’ve reached more than five billion streams. Now, we’re excited to introduce our music-loving players to another level of listening.

Available to new and existing Spotify users who have not previously received a trial of Spotify Premium, visit play.st/SpotifyPremiumPSM through June 30th to redeem.

For more information on the Spotify PlayStation Music deal jump over to the official PS Blog website for details via the link below.