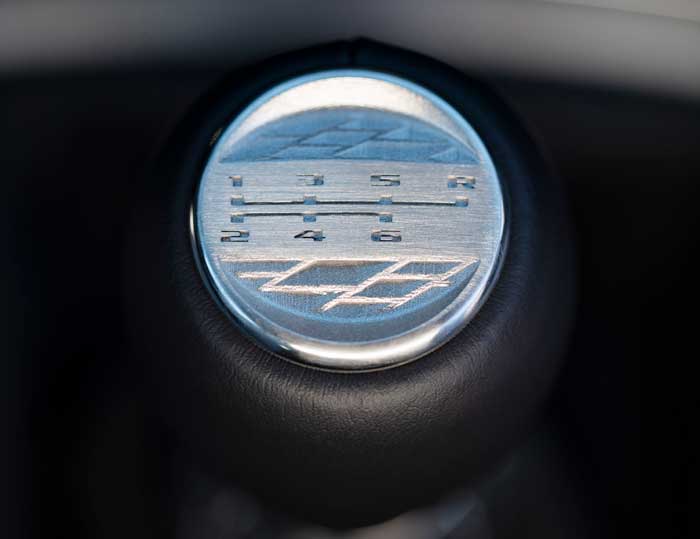 Cadillac also says the manual transmissions were produced using additive manufacturing applications bringing 3D-printed parts into the sedans. Blackwing models will be the first GM production vehicles with functional 3D-printed parts inside. The parts include a pair of HVAC ducts and an electrical harness bracket.

The silver medallion with the shift pattern seen in the image above is also 3D printed. The Cadillac team says that using 3D printing allowed it to reduce costs and waste when developing the manual transmission.