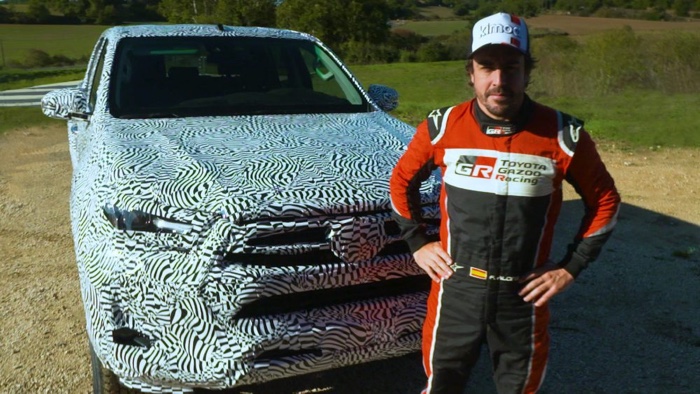 The 2020 Toyota Hilux is coming this year and now we get to see racing driver Fernando Alonso driving a camouflaged version of the new Hilux.

The new Toyota pick-up comes with a 2.8 engine, lets have a look at this new Hilux in action in the video below.

World champion driver Fernando Alonso had an early chance to experience the new Toyota Hilux, giving the latest version of the legendary pick-up a rigorous test drive during his preparations for the 2020 Dakar Rally. Alonso and co-driver Marc Coma were able to push the new model to the limit, alongside their driving duties in their rally-raid-spec Toyota Gazoo Racing Hilux.

Following the test on a gravel and dirt special stage, Alonso said: “Hilux is an icon and I’ve always been a fan. It was good to test the new Hilux in a challenging environment and to push it to the limits. The new engine behaves well and the new suspension feels great. Even when you push it, the comfort is still there.”

You can find out more information about the new 2020 Toyota Hilux over at Toyota at the link below.