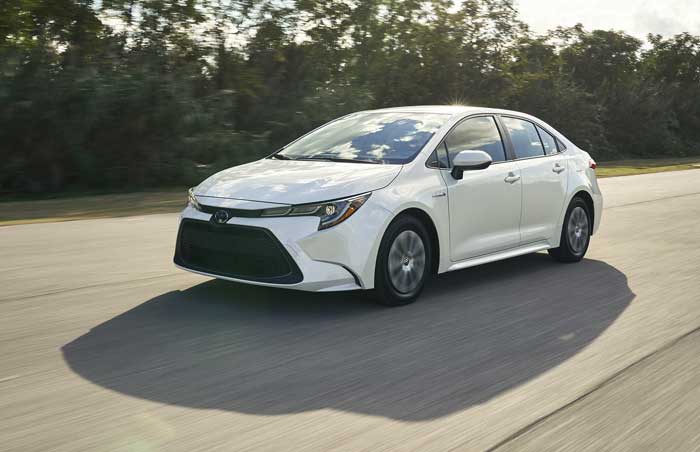 Toyota has unveiled the 2020 Corolla Hybrid, a first for the US market. The car uses a version of the Toyota Hybrid Synergy drive from the Prius and aims to deliver at least 50 mpg combined fuel economy. Toyota says this is the most fuel-efficient car to wear the Corolla badge.

The car uses the Toyota TNGA platform and pairs a 1.8L four-cylinder gas engine with a pair of electric motor/generators delivering power via an electronically controlled planetary-type CVT transaxle. The combined system power output is 121hp.

Electricity is stored in Ni-MH battery packs that use Hyper-Prime Nickel to boost performance and make the batteries smaller and lighter. The car will include standard Toyota Safety Sense 2.0 and Entune 3.0 audio. That audio system has Wi-Fi Connect, Amazon Alexa, and CarPlay support. Pricing is unannounced at this time.