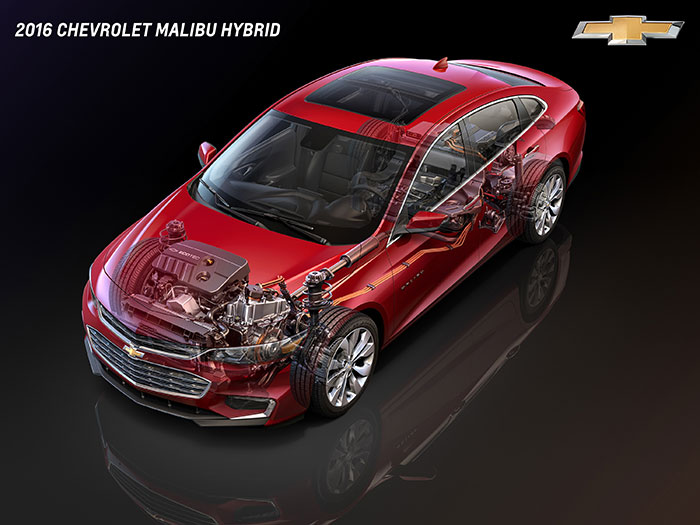 Chevy has cribbed some of the tech that it pioneered for its Volt and crammed that tech inside the larger 2016 Malibu Hybrid LT. Using the hybrid tech inside the car; it is capable of getting 48 MPG in the city and has a starting price of $28,645. The new hybrid tech uses a modified drive unit and electric motors right out of the Volt.

“The Malibu leverages knowledge and technology directly from the second-generation Chevrolet Volt,” said Steve Majoros, marketing director of Chevrolet Cars and Crossovers. “By leveraging technology, we are broadening our level of expertise and lessons learned to bring consumers a world-class hybrid.”

Highway fuel economy for the car is rated at 45mpg and 47mpg combined. That is the best fuel economy in the mid-size class. The official EPA estimates are pending, but to start touting numbers now Chevy must be pretty sure the EPA numbers will match.

Chevy says that the MSRP does include the $875 destination charge but obviously does include tax, title, and license. Options will drive the price up quickly. The new Malibu is an attractive car and if the numbers match, the 48 MPG in the city Chevy is promising this car should prove to be very popular.