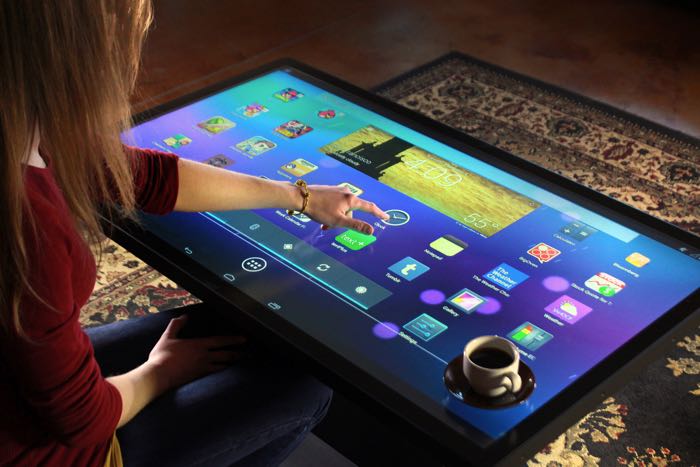 Apple is getting ready to release their new iPad Pro which comes with a 12.9 inch display and now it looks like Samsung has an even larger Android tablet in the works.

According to a recent report, Samsung is working on a new 18.4 inch Android Tablet, the device is code named Tahoe and comes with the model number SM-T670.

The 18.4 inch display on this giant Android tablet is said to be a TFT LCD display that will have a resolution of 1920 x 1080 pixels.

The device will be powered by an octa core Samsung Exynos 7480 processor clocked at 1.6GHz and it will also come with 2GB of RAM, 32GB of storage and a microSD card slot which will take up to 128GB cards.

The 18.4 inch Samsung Android tablet will also come with a 5700 mAh battery and will measure 451.8mm wide by 275.8mm tall by 11.9mm thick, the device will feature a 2.1 megapixel front facing camera for video chat and an 8 megapixel camera on the back, it will come with Android 5.1 Lollipop.

As yet there are no details on when Samsung will release this new 18.4 inch tablet, as soon as we get some more information, we will let you guys know.