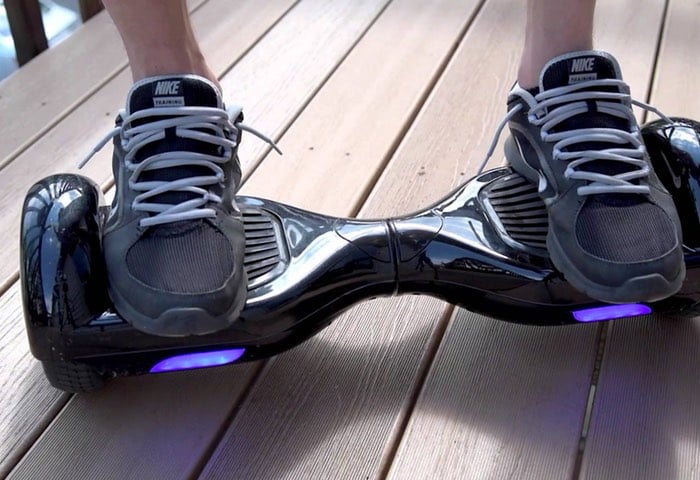 Earlier today we reported about hoverboards that had allegedly exploded destroying parts of a house in the process. Now the BBC is reporting that UK trading standards officers have seized more than 15,000 ‘unsafe’ hoverboards that were trying to enter into the UK to be sold during the run up to the holiday season.

The hoverboards or self balancing scooters have been seized at airports and ferry terminals around the UK, and have been impounded due to the electronics within the vehicles providing a danger to users of overheating, catching fire or even exploding.

The BBC has also reported that the London Fire Brigade has needed to deal with at least three house fires that were caused by devices during 10 days in October.

With many devices equipped with faulty fuses, cables or charges that have the potential to burst into flames. The UK trading standards has said that 88% of the hover board seized around the UK were found to be defective with large quantities being discovered in the Port of Felixstowe, Suffolk. Lord Harris, the chair of National Trading Standards explains :

We suspect that most of these products are being imported for onward sale domestically as Christmas approaches. We urge consumers to be on their guard when purchasing these products.

The BBC says that consumers are being advised, as a minimum, to check that the three-pin plug conforms to BS 1363. For more details on the emerging story jump over to the BBC website via the link below.