Vizio is the latest company to launch a large Ultra HD TV with the Vizio Reference Series, which is a 120 inch model that the company will launch in the second half of 2014.

The Vizio Reference Series is powered by a quad core GPU and a dual core processor, it comes with an 800-nit display, which is the brightness. 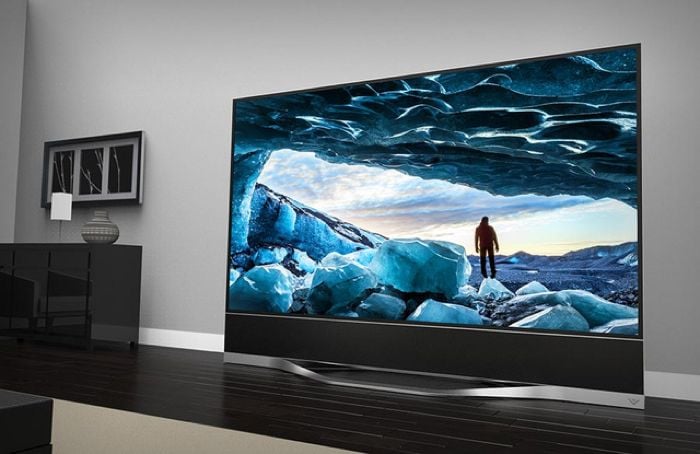 It features 384 discrete zones which can apparently be brightened or dimmed individually, which is designed to produce better contrast.

The guys over at Gizmodo got to check out the new Vizio Reference Series TV, and seem to be impressed with the picture quality.

This new giant Ultra HTDV also comes with 5.1 surround sound, and it will go on sale later this year along with a new 65 inch model in the Vizio Reference Series range.

As yet Vizio has not announced any pricing on this new Ultra HD TV, as soon as we get some more information, we will let you guys know.