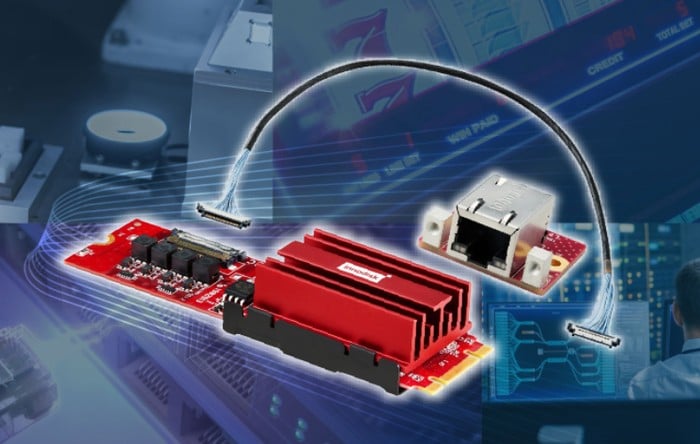 The world’s first 10GbE LAN Module in a M.2-2280 form factor has been unveiled by Innodisk this week offering “flexible integration and excellent compatibility with existing network infrastructure for crucial backward compatibility” says the press release. Innodisk’s EGPL-T101 is the first M.2 2280-to-single 10GbE Base-T Ethernet module and is also the smallest 10GbE expansion currently available in the market as of today.

10 times faster than a standard Ethernet connection the module supports PCI Express Gen 3×2, the EGPL-T101 module can provide sufficient bandwidth for one 10GbE LAN port suitable for server and industrial applications’ high-speed network demands. Mass production of the EGPL-T101 is expected to begin sometime this month during December 2021.