When I was growing up, I spent a lot of time playing with Lego. I always had this dream of building a tower that reached the ceiling of my house. However, at about two or three feet tall my tower would always collapse, generally thanks to my brother kicking it. 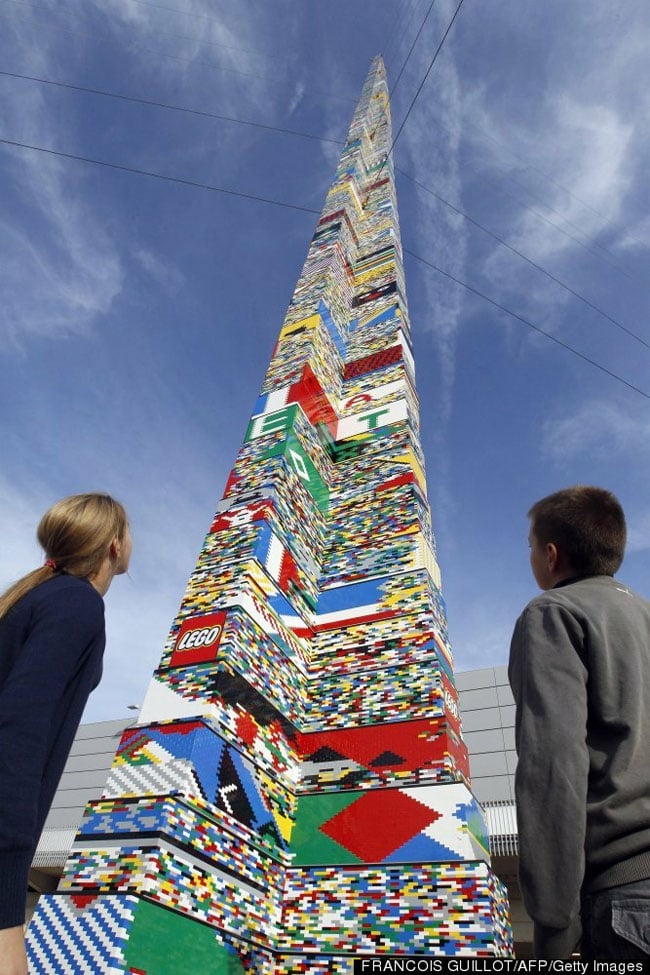 A group of Lego fans has set a new world record in South Korea with the construction of a 105-foot tall tower made out of 500,000 bricks. The new record-setting tower beat the old record by 2 feet. The tower was constructed in South Korea to celebrate the 80th anniversary of the founding of the toymaker behind Lego bricks.

The construction used 400,000 local children who won a contest to participate. The tower building record setting and breaking attempts started back in 1988 with original tower measuring less than 50 feet.