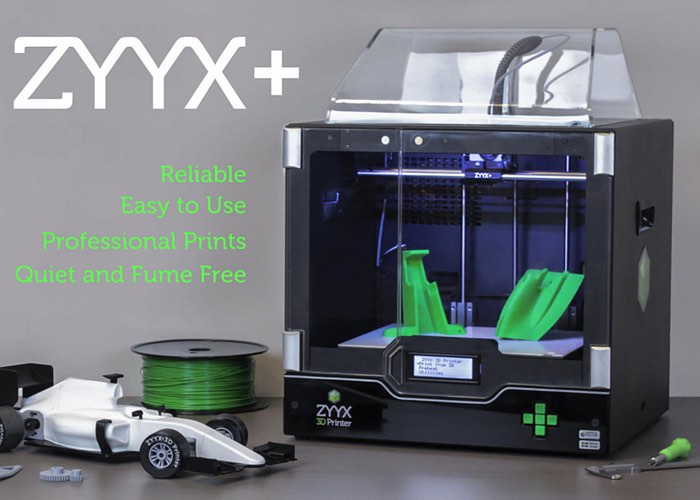 Magicfirm Europe has this week unveiled a new 3D printer they have created that builds on the technology used in their previous systems and takes the form of the ZYYX+ 3D Printer.

The ZYYX+ 3D Printer has been created to provide an improved print quality as well as sporting a new filament line and a new fan systemAnd all the moving parts surrounding the printhead have now been upgraded to aluminium. Check out the video below to learn more about the new 3D printer and its latest upgrades.

The first ZYYX 3D printer was developed with focus on reliability, ease-of-use, making it fume free and quiet since this was lacking in the existing 3D printers. With the new ZYYX+, our objective has been to surpass our competitors when it comes to print quality.

ZYYX proFlex:
– Hardness of approximately 85a
– Hardness of printed model can be adjusted in Simplify3D
– Recommended for use with ZYYX SoftSpring

For more information on the new ZYYX+ 3D Printer jump over to the Magicfirm Europe website for details via the link below.