Zynga the games development company famous for creating the Facebook game Farmville and Mafia Wars, was first formed back in 2007 and has recently been preparing to file for IPO. According to the New York Times on Friday Zygna put these plans into action and filed for IPO with a current $20 billion valuation Zynga has plans to offer 10% of its shares.

In celebration of this even the team over at Namesake thought it would be a great idea to create an infographic detailing Zygnas growth from rags to riches. View a large version of the infographic after the jump. 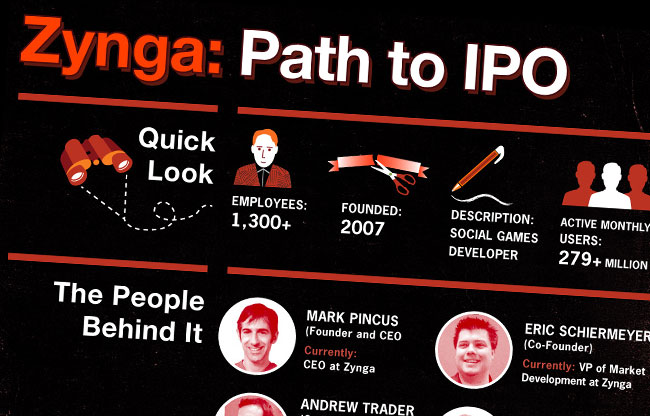 Zynga’s game on Facebook currently have in excess of 272.5 million active users across its biggest titles such as Cityville and Farmville.