This week Zoom has unveiled a new addition to their range of handheld recorder with the launch of the new Zoom H6 which provides users with six tracks, interchangeable input capsules, 24bit / 96k recording, Phantom Power and more.

The new Zoom H6 Handy Recorder is now available to purchase for $399 and has been created to be the most advanced portable recorder ever introduced to the market. 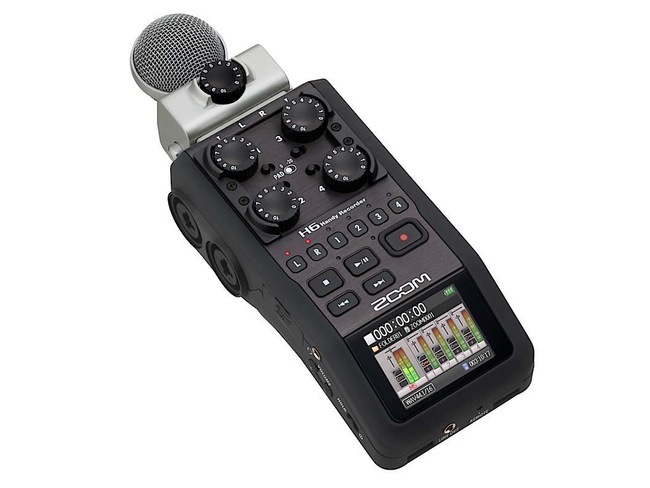 The Zoom H6 allows six tracks of simultaneous recording and is equipped with an innovative system of interchangeable microphone and input capsules.

Four Zoom H6 capsules are available in the form of a stereo X/Y and MS (Mid-Side), both included with the H6, as well as Shotgun and dual XLR/TRS combo capsules, which will be on sale at a later date says Zoom.

“The Zoom H6 can be attached to a camera strap or mounted directly to a DSLR or camcorder, and its large full-color display makes it easy to view recording and playback levels in any environment. It records directly to SD, SDHC and SDXC cards up to 128 gigabytes in a variety of MP3 and BWF-compliant WAV file formats, including 24-bit / 96k for the ultimate in high-definition audio.

Four XLR/TRS combo jacks enable the connection of external microphones or line-level devices. Each input has its own dedicated gain control and pad switch, as well as phantom power in three different voltages”.

Other features of the new Zoom H6 handheld recorder include a stereo Line Out for connection to cameras; a headphone jack and built-in speaker; onboard effects, metronome and chromatic tuner; adjustable playback speed and pitch correction; and Pre-record, Auto-record and Backup-record functions. 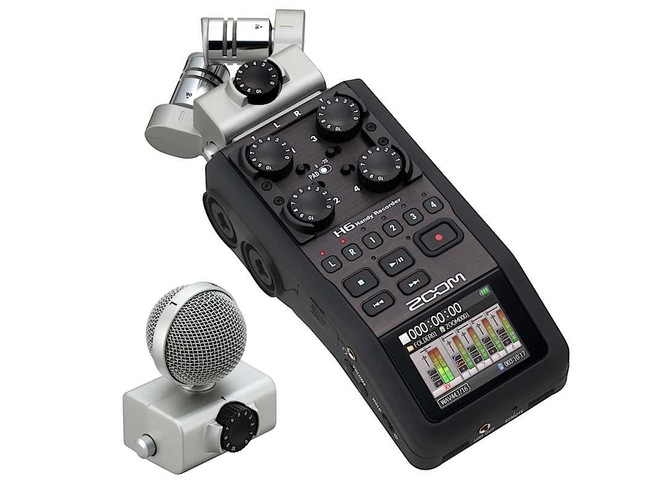