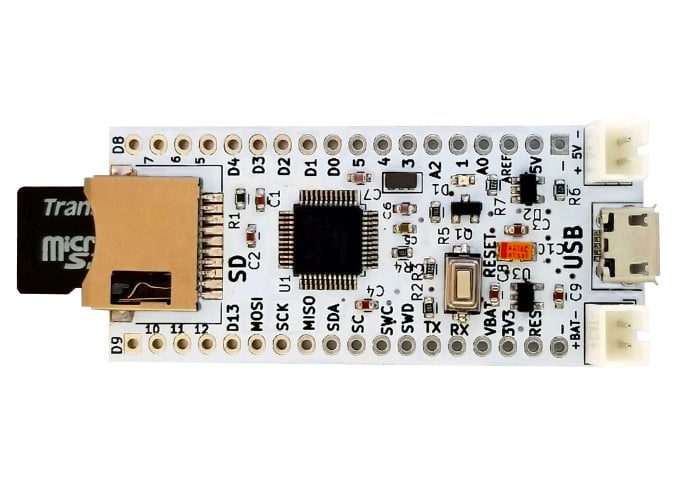 Embedded PC board designer Dimitri Synodinos has created a new Arduino compatible development board named the Zero BZ1 which is equipped with a 48MHz ARM Cortex M0+ micro-controller , zero bootloader with LiPo battery charger and SD card socket. watch the demonstration video below to learn more about the new Arduino development board and its features.

The Zero BZ1 is now available to back via Kickstarter with earlybird pledges available from just $14 or roughly £11. If all goes well and the Kickstarter campaign is successful worldwide shipping is expected to take place sometime around March 2019.

The Arduino development board is equipped with an integrated Lithium Polymer (LiPo) battery charger and regulator, and with the help of the low power SAMD21G18 micro-controller is capable of running your projects and applications for a considerable time. Specifications of the Zero BZ1 include :

For more information and in full list of all available pledge options jump over to the official Kickstarter crowdfunding campaign page by following the link below. Dimitri explains a little more “You can charge the battery with the USB or with a 5v-6v solar panel. Ideal for remote IoT devices. SD socket, Real-Time Clock (RTC), 10-bit DAC, LiPo charger, LiPo regulator, direct USB code upload and debugging, Blink LED, mouse and keyboard emulator, etc…. “