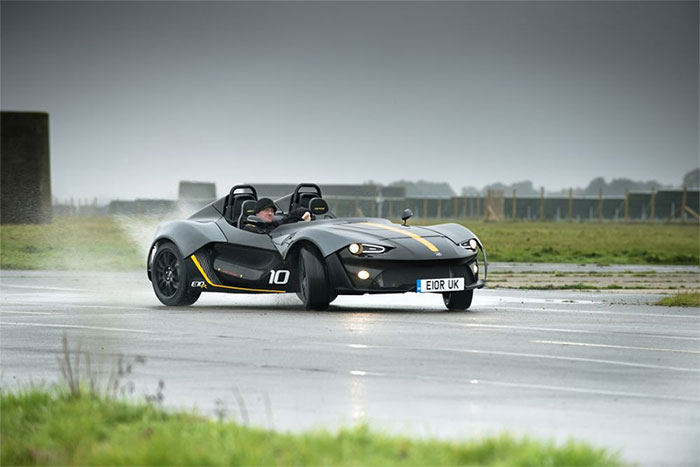 There are plenty of lightweight little sports cars on the market today that aim at being a track day weapon that can cruise the streets as well. One of the coolest of this sort of sports car is the Zenos E10 R that has been unveiled recently. The Zenos E10 R uses a 2.3L EcoBoost Ford engine out of the Focus RS.

It has special tuning thanks to a custom ECU that coaxes 350bhp and 349 lb-ft of torque out of that four. The mix of a potent turbo engine and lightweight allows the E10 R to scoot from a standstill to 60 mph in three-seconds, and the car will eventually reach 155mph.

As you see in the images, the car has no windshield, but one is available as an option. The car is track ready with adjustable suspension, upgraded brakes, and a 6-speed transmission. Racing harnesses are standard and the standard color is the Charged Graphite you see in the picture. Carbon leather trim and carbon seats are standard in the limited edition 15-unit run of the E10 R Drive Edition selling for £43,995. The normal version of the car starts at £39,995.