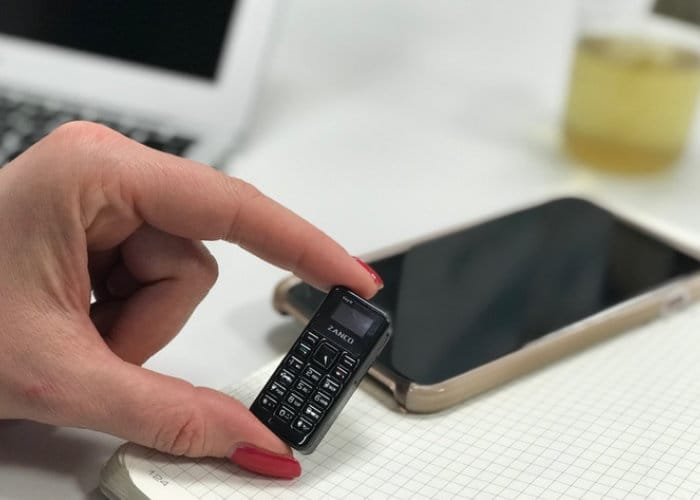 Clubit New Media has created an ultra small mobile phone which is being marketed as the world’s smallest mobile phone and takes the form of the Zanco tiny t1. Launched via Kickstarter this week the development team is hoping to raise £25,000 to take the fully functional mobile phone into production. Measuring just 46.7 mm x 21 mm x 12 mm the tiny mobile phone operates on the 2G network and is equipped with a rechargeable battery that is capable of providing up to 3 days of standby and 180 minutes of talk time. Watch the demonstration video below to learn more about its design.

Features of the Zanco tiny t1 mini mobile phone include :

This Kickstarter campaign is the result of a two-year journey. Back this campaign and you could have the Zanco tiny t1 mobile phone in your hands in just 14 weeks after the close of the campaign!  The challenge was set and the prototype made, but the big question is ‘Does anybody really want a mobile phone so small?’  This Kickstarter campaign is quite simply to ascertain if the world’s smallest phone is too big an idea, too revolutionary for the world to cope with.  A fully functional mobile phone, with text and voice call capabilities, smaller than anyone’s ever created. But in the immortal words of Jeff Goldblum in Jurassic Park “We spent so long figuring out if we could, We never stopped to question if we should”.  So now we are giving you the opportunity to answer that question by backing this campaign.