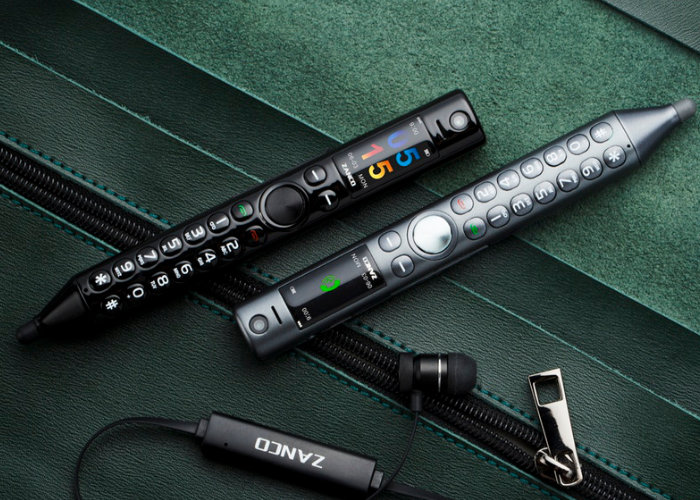 A new pen phone has been created by Zanco in the form of the S-Pen to provide a portable yet versatile combination of phone, stylus, pen and Bluetooth headset. Watch the demonstration video below to learn more about the pen phone which has launched via Kickstarter this week and is now available to back with early bird pledges available from just $49.

The team at Zanco explain more about the inspiration behind the pen phone and its features. “After years of upsizing, what happens when smartphones try to shrink? Is it possible to put the most important features into a device the size of a pen? We challenged ourselves to create something unique, compact and powerful, something that can help you every day.“

“So, after dedicating over a year on the prototype, we present to you, the Zanco S-Pen, a powerful combination of phone, Bluetooth headset, stylus pen, voice recorder, laser pointer, and much more. It is not expected or intended to replace your Smartphone, but in fact, it can be your smartphone’s best buddy!”

To be one of the first backers to receive the new Zanco S-Pen phone pen jump over to the official crowdfunding campaign page by following the link below. With still 44 days remaining on its campaign the team of already doubled their required pledge goal thanks to over 230 backers.