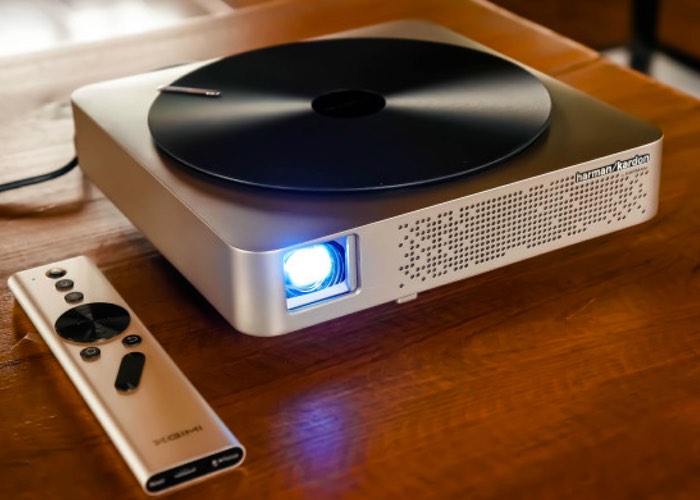 A new multifunctional entertainment system has been created in the form of the XGIMI Z4 Aurora that is capable of projecting a 300inch screen and is now available to back with pledges starting from $449 via the Indiegogo crowdfunding website.

The Z4 Aurora offers a number of useful features such as the ability to use a smartphone companion application for remote control as well as supporting hand gesture control, PC and smartphone screen mirroring, 4K support, 3D movie support as well as providing 30,000 hours from its LED bulb.

Watch the promotional video below to loom more about this new next-generation entertainment system that is taken to Indiegogo to raise the required funds it needs to make the jump into production. As developers explain a little more about the features and functionalities of their new entertainment centre.

The XGIMI Z4 Aurora is a Smart LED projector that can transform any surface into a 300-inch screen with unparalleled brightness and clarity. The built-in Harman Kardon stereo produces superior sound quality and the dimension converter brings all video content to life in brilliant 3D. Install apps and games onto the Z4 Aurora android system and wirelessly stream them directly onto the projector. The Z4 Aurora provides a truly connected, superior viewing experience.

The Z4 Aurora can turn any surface into a 300-inch home theater. The Z4 Aurora boasts high pixel density to create a stunningly clear image projected onto any surface. Combine that with the Harman Kardon stereo and you’ve got yourself a movie night! The Z4 Aurora is equipped with the active shutter 3D-imaging technique used by DLP cinema projectors. With stunning 3D quality, bring any movie, game or sporting event to life in your own home.

Quickly and easily install games, apps and stream video wirelessly through the Z4 Aurora Android Operating System. The Z4 Aurora also supports many video game consoles. Connect your XBOX, PS4 and other consoles and play on the big screen.

For more information on the new XGIMI Z4 Aurora entertainment centre jump over to the Indiegogo website for details and to make a pledge via the link below.