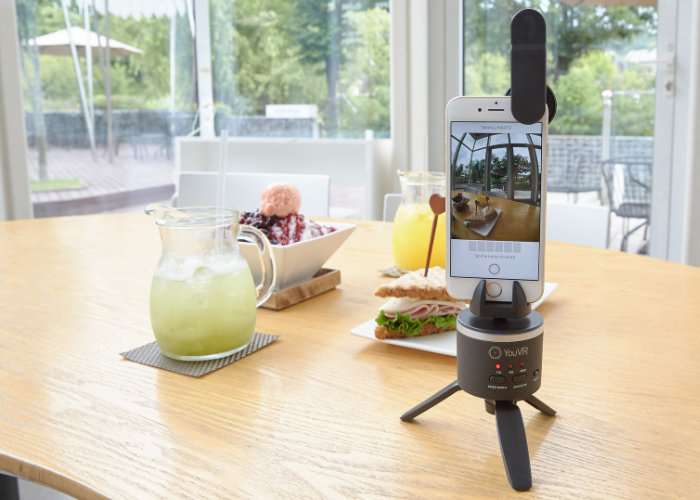 NextAeon has unveiled a new mobile virtual reality 360° capture solution aptly named YouVR which uses the power of your smartphone to create 360 degree images which can then be easily tanked together to create a virtual tour of the building or location.

Watch the video below to learn more about the YouVR system which has been created by the team at Next Aeon founded back in 2011 by Ken Kim.

YouVR is both a content creation tool and VR CMS solution. The first of its kind, YouVR is a smartphone-based solution that aims to democratize VR by making VR easy, fast and affordable. YouVR serves commercial, industrial and leisure purposes, and offers a platform for business and enthusiasts alike to create their own VR world.

Ahead of the official launch, Next Aeon opened a local subsidiary in Silicon Valley under the program name, YouVR, Inc., with plans to extend the network in China, Japan and other major cities.

YouVR 360 (App) – YouVR 360 is a 360 social media platform where people can upload and share 360 photos anywhere in the world. All you need is your smartphone and the YouVR 360 app. Simply capture and share instantly!

YouVR Maker (App & Web) – YouVR Maker app allows you to create VR tours on the spot as you take a series of 360° photos. The app automatically connects scenes creating the effect of a tour – moving from room to room, from one space to another. When taking panorama images, you have the option of using the YouVR Kit or a 360 camera, such as Ricoh Theta or Samsung Gear360.

If the app is designed for content creation, YouVR Maker Web is a VR platform and cloud service. The platform includes editing tools, live share and analytics, and all projects are saved on our cloud service eliminating concerns about storage and loss.