Last year YouTube started offering movie rentals but unfortunately not for mainstream movies. But recently Google has been quietly adding mainstream movies to its YouTube service. The new mainstream rentals are now available from $1.99 to $3.99

The new service will be indirect competition with Apples iTunes rental and streaming service and major Hollywood studios including Sony Pictures Entertainment, Warner Brothers and Universal have already licensed their movies to the new YouTube service. 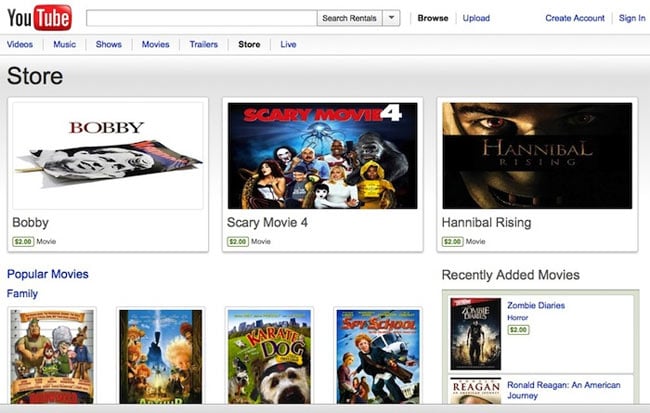 “We’ve steadily been adding more and more titles since launching movies for rent on YouTube over a year ago, and now have thousands of titles available,”

Its thought that movies on the new service will be made available on YouTube the same day they can be rented at video stores or iTunes, but ahead of subscription services like Netflix.

Currently the YouTube store with pay-per-view movies, shows and videos is only available in the US at the current time.