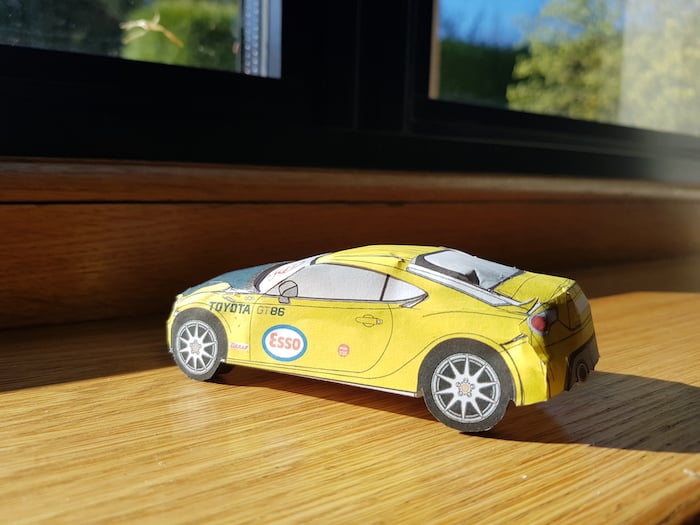 With a lot of us at home due to the coronavirus outbreak, some companies are coming up with cool ideas to keep us busy. Toyota has done this with some templates to let you make your own Toyota GT86 from paper.

Toyota ave created six templates of special versions of their GT86, you will need a color printer, some glue, scissors and of course some paper.

For those looking for something to do during the current lockdown, Toyota GB (PLC) has produced a series of templates to cut-out and build miniature Toyota GT86 paper models inspired by distinctive retro-liveried examples of the sports car.

The six special GT86s were originally created for the 2015 Goodwood Festival of Speed to help commemorate 50 years of Toyota in the UK.

The six templates are listed below :

You can find out more details about these paper Toyota GT86 models that you can make yourself at the link below. Great idea Toyota, that should keep me busy for a while after work.