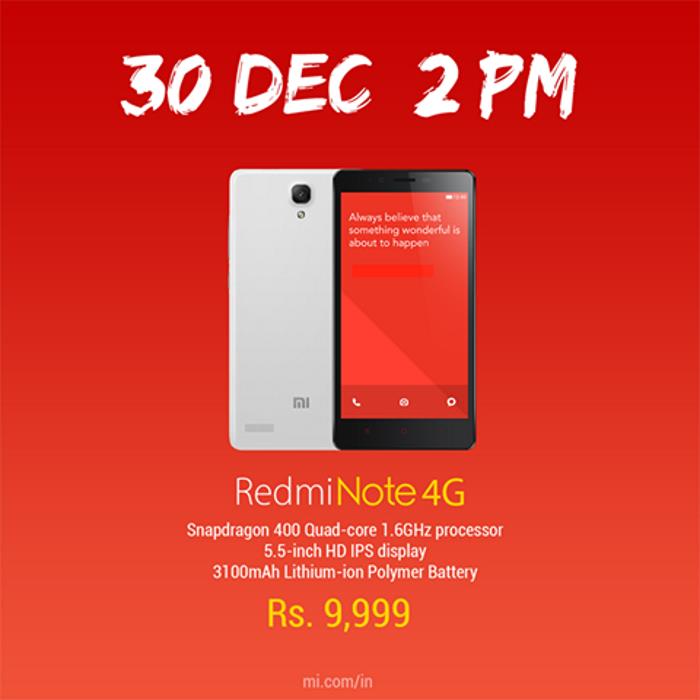 Last month, Xiaomi announced the Redmi Note and Redmi Note 4G in India but only the standard 3G version went on a flash sale in India.

If you are waiting for the Xiaomi Redmi Note 4G on December 30th in a similar flash sale model followed by the Chinese OEM. As always, the sale will be handled exclusively by FlipKart and will commence at 2pm on Tuesday.

At the same time, customers will be able to purchase the handset through select Airtel retail stores as well. The handset is priced at Rs 9,999 (almost $157), and features a 5.5-inch display boasting a resolution of 1280 by 720 pixels, a quad-core Snapdragon 400 SoC clocked at 1.4GHz paired with 2GB of RAM and 8GB of expandable storage.

Other features include 13MP camera for photos and videos, 5MP front-facing camera and a 3,100 mAh battery to make sure there’s enough juice for the handset. Unlike the 3G version, the Redmi Note 4G comes with support for a single SIM only.

Let’s hope the company has enough units for majority of customers interested in the handset.