You may remember Xiaomi as it’s popularly known as the “Apple of China”, and hired Google’s Hugo Barra recently. A month ago, the company introduced its flagship handset, Xiaomi MI3, which was also expected to hit international markets as well.

At the time of launch, the company didn’t give any exact availability date. But, the company’s co-founder Liwan Jiang announced on Weibo (Chinese Twitter alternative) that the Tegra 4 powered version of Xiaomi Mi3 will go on sale starting October 15th. The Tegra 4 version is compatible with TD-SCDMA for China Mobile 3G networks. 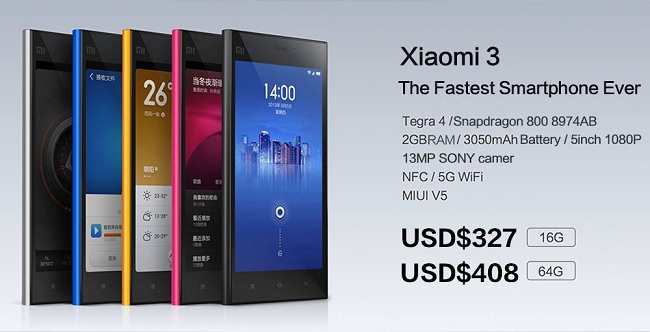 There were no details about the Snapdragon version or its availability date. Rumors suggest that Xiaomi MI3 has yet to go in to productions. The Snapdragon 800 powered Mi3 is WCDMA compatible, which works on most cellular networks worldwide.