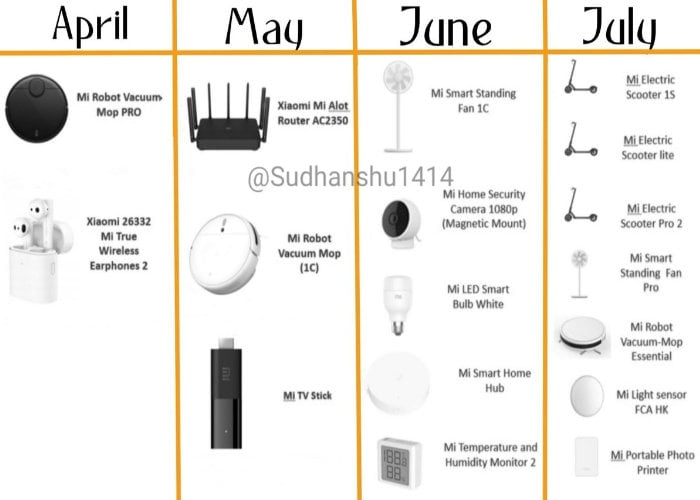 A leaked roadmap suggesting that a new Xiaomi Mi TV Stick could be launching next month during May 2020. No official confirmation has been made as yet but blurry photos have been released showing that the device is similar in size and style to Amazon’s campfire TV Stick and Roku’s similar offering.

As you can see from the blurry photo published to Twitter by @Sudhanshu1414 the Stick is equipped with HDMI connection at one end allowing you to plug the Mi TV Stick directly into a free HDMI port on your large screen TV.

Due to the lack of specifications, pricing and availability it’s unclear whether this device will be available outside of China and Europe. The leaked information suggests that the Stick will be made available in at least these markets.

As soon as more information becomes available we will keep you up to speed as always.

Here’s the entire list of Xiaomi’s Smart IoT products that will be launching in Europe in upcoming months!
Thanks to my exclusive Chinese source 😉 pic.twitter.com/qQMH3FTGyX