At CES 2013 this week Xi3 and Valve have unveiled a new mini PC that supports Steam and has been created using investment from Valve, possibly hinting that this small factor high powered mini computer might an early version of the rumoured Valve Steam Box.

The new Xi3 Piston is equipped with support for Steam and its Big Picture mode for TVs, and after being questioned whether the Piston is the new Valve Steam Box, Xi3 explained that Valve were only investors and nothing else. 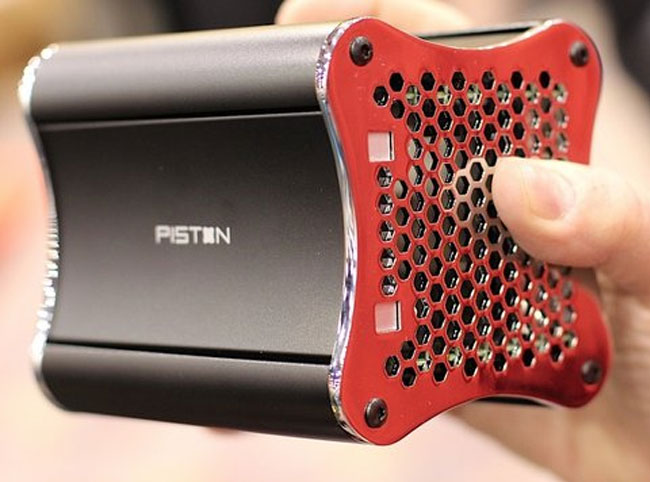 The Xi3 range of mini PCs is modular and comprises of  three separate special card components that can be swapped easily, with one module handling processor and memory, another display and power, and the third I/O or special connectivity options. Watch the video below to learn more about the Xi3 mini PCs and see them in action.

The Polygon website who interviewed the company at CES 2013 explained : “Xi3 wouldn’t discuss price for Piston, but commented that the Valve Steam Box is based on its “performance level” X7A offering, which is priced at $999. Xi3 declined to comment on what would differentiate Piston hardware-wise from a standard X7A.”