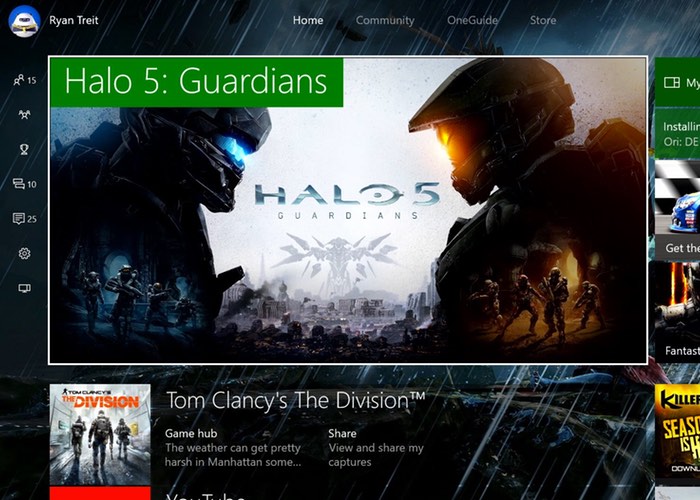 Ahead of E3 2016 Major Nelson has unveiled more details about what you can expect to enjoy in the upcoming Xbox summer update which is available to Xbox Preview program members this week.

The Xbox App update will also following in a few weeks and an interview with Mike Ybarra, Director of Program Management for Xbox discussing the new Xbox Summer update can be viewed below.

Microsoft explains more about what you can expect in the next Xbox update that will soon be rolling out to the Xbox platform :

Starting this summer, Xbox One and the Xbox app will receive the first of two updates that will help you stay connected with friends on Xbox Live and enjoy even more games across your favorite devices. Cortana will come to Xbox One; the Xbox and Windows Stores will start to become unified; we will begin to introduce your top PC games with Game Hubs to Xbox Live, and more. These updates are crucial to giving our fans around the world a great gaming experience wherever and whatever they play.

– Cortana on Xbox One: Cortana is coming to Preview in the U.S., U.K., France, Italy, Germany and Spain first, and gamers can expect the familiar Cortana experience found on other Windows 10 devices. Cortana voice commands on Xbox One will work with both headsets and Kinect. You’ll be able to use Cortana to find great new games, see what your friends are up to, start a party, accomplish common tasks, turn on your Xbox One if you’re using Kinect, and more. We’ll continue to build Cortana features over time and our vision is to use Cortana to help elevate your experience as your personal digital assistant for gaming. Just say “Hey Cortana” or launch the app to get started!

– New Game Collection: We’re updating the Game Collection interface to make it faster and easier to find and launch the games you’re looking for. Now you’ll be able to see more of your Game Collection, quickly access your own ‘Ready to Install’ tab, and get more information about titles in your queue.

Jump over to the official Major Nelson website for full details on all the new features you can expect to be rolled out in the next Xbox major update which is available for preview program members to enjoy this week.