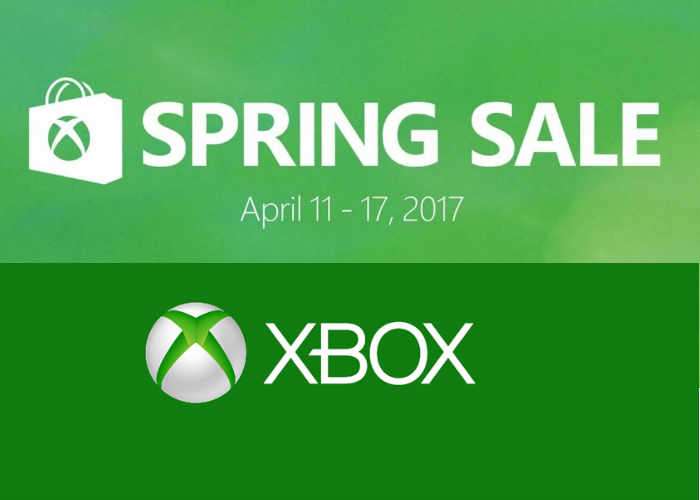 Some Xbox games offer a saving of up to 67 percent with an additional 10 percent of for Xbox Live Gold members and include popular titles such as Battlefield 1, Call of Duty: Infinite Warfare, Titanfall 2, FIFA 17, Overwatch, For Honor, and more.

Check out the Xbox spring sale promotional video below to learn more about what you can expect in the way of discounts and offers during the next week. Microsoft explains a little more :

Some of these games support Xbox Play Anywhere, meaning one purchase gets you the game on Xbox One and Windows 10 with cross save capability, allowing you to pick up and play from different platforms.

And for the first-time, Xbox Design Lab controllers will be included in the sale, and also check your Xbox console for exclusive deals on other controllers and headsets. In addition, Microsoft Store will also offer in store and online savings that include $30 off select Xbox games and 33% off select PCs.

Save up to 50% on hundreds of hit movies and TV shows including Arrival, The Big Bang Theory, the Resident Evil Complete Collection, Ghostbusters and more. From hot new releases to movie bundles to TV season passes, you won’t want to miss these deals. Apps like Adobe Photoshop Elements 15 and Drawboard PDF, and the new Beauty and the Beast soundtrack will also be included in the sale.