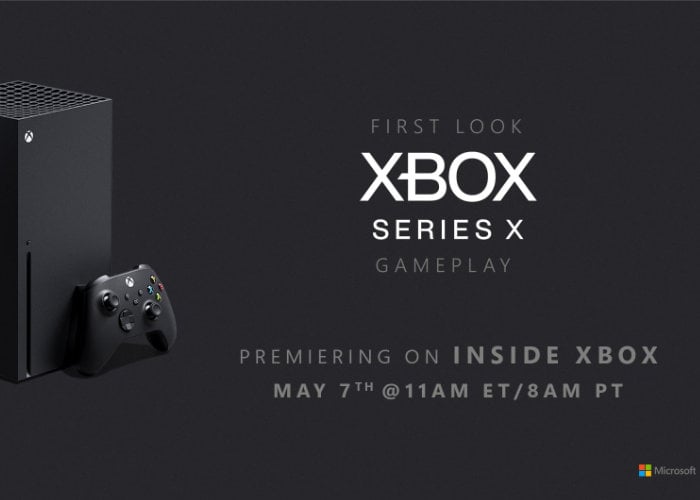 Microsoft has today announced via Twitter that it will be showcasing its new next-generation Xbox Series X gameplay via Inside Xbox on May 7th 2020 at 8am PT. The Inside Xbox event will be a “global partner event”, providing a glimpse at gameplay from a variety of franchises from AAA developers and publishers according to the Tweet.

Check out First Look next-gen gameplay from our global developers partners within #InsideXbox on Thursday, May 7 at 8am PT. pic.twitter.com/xVdgIeRBJX

“Xbox Series X is our most powerful console ever, powered by our custom designed processor leveraging AMD’s latest Zen 2 and RDNA 2 architectures. The new system on a chip (SOC) has been built from the ground up for speed and performance, with 12 teraflops of processing power and with compatibility in mind for four generations of games.

The future of gaming has never been more inspiring. Creativity in games is flourishing. New services empower you to discover more games—and bring you closer to the games and creators and streamers you love. The cloud creates a massive opportunity to stream console-quality games and play with the people you want, wherever you want. And for many of us, nothing is more inspiring than the dawn of a new console generation.”

If more information is released by Microsoft on the publishers that will be taking part we will keep you up to speed as always.