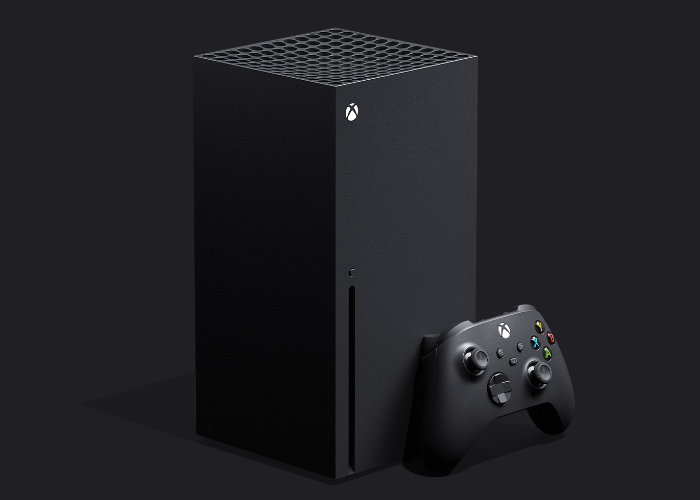 To accompany the release of confirmed specifications for Microsoft’s new next generation Xbox Series X console, a world premiere promo trailer has been released providing a glimpse at the new console which will be launching in time for the holiday season of 2020. Phil Spencer Head of Xbox, revealed more details about what you can expect from the

“We know you expect the next generation of consoles to set new standards in graphical power and processing speed, converging together in games that look incredible and feel alive. This will be defined by worlds that are visually astounding and immediately immersive, with innovative leaps in CPU, GPU and storage technology to give you frictionless access to new stories and new creators constantly.” 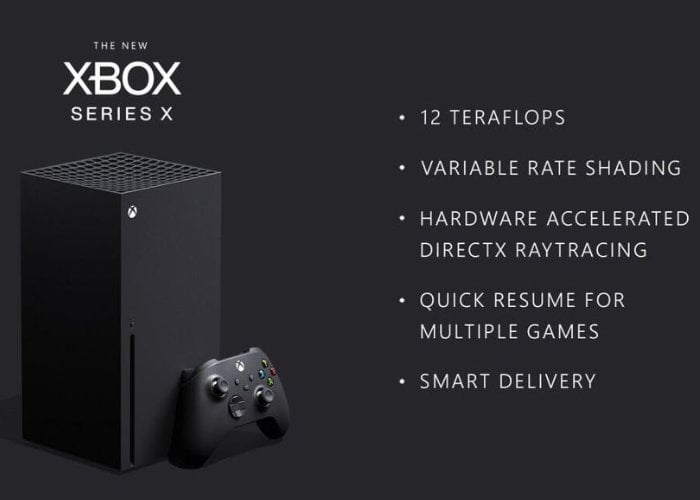 “We’ve been using Xbox Series X in our internal Takehome program and are energized by the feedback we’ve been receiving. At Xbox we value being open and transparent with you, and I’m proud to be able to share details about some of the technologies we are enabling for the next generation, and look forward to boldly sharing more as we head towards E3. “

Features of the new Xbox Series X console include :

– Next Generation Custom Processor: Xbox Series X is our most powerful console ever powered by our custom designed processor leveraging AMD’s latest Zen 2 and RDNA 2 architectures. Delivering four times the processing power of an Xbox One and enabling developers to leverage 12 TFLOPS of GPU (Graphics Processing Unit) performance – twice that of an Xbox One X and more than eight times the original Xbox One. Xbox Series X delivers a true generational leap in processing and graphics power with cutting edge techniques resulting in higher framerates, larger, more sophisticated game worlds, and an immersive experience unlike anything seen in console gaming.
– Variable Rate Shading (VRS): Our patented form of VRS empowers developers to more efficiently utilize the full power of the Xbox Series X. Rather than spending GPU cycles uniformly to every single pixel on the screen, they can prioritize individual effects on specific game characters or important environmental objects. This technique results in more stable frame rates and higher resolution, with no impact on the final image quality.
– Hardware-accelerated DirectX Raytracing: You can expect more dynamic and realistic environments powered by hardware-accelerated DirectX Raytracing – a first for console gaming. This means true-to-life lighting, accurate reflections and realistic acoustics in real time as you explore the game world.
– SSD Storage: With our next-generation SSD, nearly every aspect of playing games is improved. Game worlds are larger, more dynamic and load in a flash and fast travel is just that – fast.
– Quick Resume: The new Quick Resume feature lets you continue multiple games from a suspended state almost instantly, returning you to where you were and what you were doing, without waiting through long loading screens.
– Dynamic Latency Input (DLI): We’re optimizing latency in the player-to-console pipeline starting with our Xbox Wireless Controller, which leverages our high bandwidth, proprietary wireless communication protocol when connected to the console. With Dynamic Latency Input (DLI), a new feature which synchronizes input immediately with what is displayed, controls are even more precise and responsive.
– HDMI 2.1 Innovation: We’ve partnered with the HDMI forum and TV manufacturers to enable the best gaming experience through features such as Auto Low Latency Mode (ALLM) and Variable Refresh Rate (VRR). ALLM allows Xbox One and Xbox Series X to automatically set the connected display to its lowest latency mode. VRR synchronizes the display’s refresh rate to the game’s frame rate, maintaining smooth visuals without tearing. Ensuring minimal lag and the most responsive gaming experience.
– 120 fps Support: With support for up to 120 fps, Xbox Series X allows developers to exceed standard 60 fps output in favor of heightened realism or fast-paced action.